by Zahilyn D. Roche Allred, from 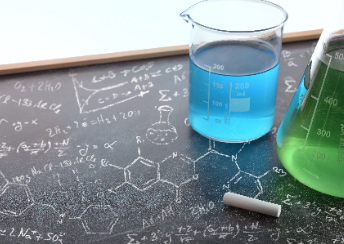 To graduate with a science major, college students must complete between 40 and 60 credit hours of science coursework. That means spending around 2,500 hours in the classroom throughout their undergraduate career.

However, research has shown that despite all that effort, most college science courses give students only a fragmented understanding of fundamental scientific concepts. The teaching method reinforces memorization of isolated factsproceeding from one textbook chapter to the next without necessarily making connections between them, instead of learning how to use the information and connect those facts meaningfully.

The ability to make these connections is important beyond the classroom as well, because it’s the basis of science literacy: the ability to use scientific knowledge to accurately evaluate information and make decisions based on evidence.

As a chemistry education researcherI have been working since 2019 with my colleague Sonia Underwood to learn more about how chemistry students integrate and apply their knowledge to other scientific disciplines.

In our most recent study, we investigated how well college students could use their chemistry knowledge to explain real-world biological phenomena. We did this by having them do activities designed to make those cross-disciplinary connections.

We found that even though most of the students had not been given similar opportunities that would prepare them to make those links, activities like these can help — if they are made part of the curriculum.

A large body of research shows that traditional science education, for both science majors and non-majors, doesn’t do a good job of teaching science students how to apply their scientific knowledge and explain things that they may not have learned about directly.

With that in mind, we developed a series of cross-disciplinary activities guided by a framework called “three-dimensional learning.”

In short, three-dimensional learning, known as 3DL, emphasizes that the teaching, learning and assessing of college students should involve the use of fundamental ideas within a discipline. It should also involve tools and rules that support students in making connections within and between disciplines. Finally, it should engage students in the use of their knowledge. The framework was developed on the basis of how people learn as a way to help all students gain a deep understanding of science.

We did this in collaboration with Rebecca L. Matz, an expert in science, technology, engineering and math education. Then we took these activities to the classroom.

To begin, we interviewed 28 first-year college students majoring in the sciences or engineering. All were enrolled in both introductory chemistry and biology courses. We asked them to identify connections between the content of these courses and what they believed to be the take-home messages from each course.

The students responded with extensive lists of topics, concepts and skills that they’d learned in class. Some, but not all, correctly identified the core ideas of each science. They understood that their chemistry knowledge was essential to their understanding of biology, but not that the reverse might be true as well.

For example, students talked about how their knowledge gained in their chemistry course regarding interactions — that is, attractive and repulsive forces — was important to understand how and why the chemical species that make up DNA come together.

For their biology course, on the other hand, the core idea that the students spoke of most was the structure-function relationship – how the shape of the chemical and biological species determine their job.

Next, a set of cross-disciplinary activities were designed to guide students in the use of chemistry core ideas and knowledge to help explain real-world biological phenomena.

One activity explored the impacts of ocean acidification on sea shells. Here, the students were asked to use basic chemistry ideas to explain how increasing levels of carbon dioxide in seawater are affecting shell-building marine animals such as corals, clams and oysters.

Other activities asked the students to apply chemistry knowledge to explaining osmosis — how water transfers in and out of cells in the human body — or How temperature can alter the stability of human DNA.

In the ocean acidification activity, the majority of the students were able to accurately predict how an increase in carbon dioxide affects the acidic levels of the ocean. However, they weren’t always able to explain how these changes affect marine life by hampering the formation of shells.

These findings highlight that a big gap remains between what students learn in their science courses and how well prepared they are to apply that information. This problem remains despite the fact that in 2012, the National Science Foundation put out a set of three-dimensional learning guidelines to help educators. make science education more effective.

However, the students in our study also reported that these activities helped them see links between the two disciplines that they wouldn’t have perceived otherwise.

So we also came away with evidence that our chemistry students, at least, would like to have the ability to gain a deeper understanding of science, and how to apply it.