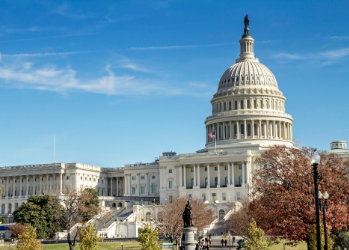 Student loan debt relief is in the news. The focus is on the total amount of debt — nearly $1.8 trillion — and on the administration’s promise to reduce it. The goal is to cancel all student debt for those who attended public colleges and universities and came from families earning less than $125,000 in annual income, and to cancel $10,000 in student debt for everyone else.

Instead, the administration should focus on fixing the problems with the federal student aid programs and provide relief to those who suffered the most. For example, Black college graduates, on average, owe $25,000 more than White graduates.

Yes, the amount of $1.8 trillion is huge. But before deciding to forgive, let us know who holds the debt. To be fair, corrections to the federal student loan programs should target the problems and not start with a blanket solution. Nearly 45 million Americans have outstanding debt.

It is important to put the debt in context. College debt is voluntary. The student who graduates with $100,000 or more in debt most likely either used it to “buy” a brand, attend medical or law school, or was duped by a predatory school. And 37 percent of debt is for graduate education.

Despite horror stories about college grads with six-figure debt loads, only 7 percent of borrowers owe more than $100,000, and they owe about one-third of all the student debt. Since the government limits federal borrowing by undergrads to $31,000, those who owe more almost always have borrowed for graduate school. Borrowers with advanced degrees represent 27 percent of borrowers and would get 37 percent of the benefit if loans were forgiven.

The Steps I Recommend Are These:

Federal student loan interest rates should support policy goals such as increased college graduation rates. Therefore, the practice of charging interest on interest and on loan fees, which adds to the total volume of debt, should be revised. Note that 25 percent of all debt is debt charged on interest, which is why we hear that students owe so much more than what they borrowed.

This practice is reminiscent of the Double Debt imposed on Haiti by the French government. The policy for setting interest rates should be revisited. They are reset each year according to the 10-year Treasury note rate and are set to rise at least another percentage point this year — during the debates about total debt.

Predatory for-profit “colleges” sanctioned by Congress also contribute to the loan crisis. Students at these colleges have the highest average debt, the highest loan default rate, the lowest graduation rates, and inadequate job preparation. These debts should be forgiven and the owners and executives liable for the bill. Why not “claw back” funds from the owners and managers who “earned” millions of dollars from predatory practices? Let the owners pay instead of asking the American public to bail them out?

These companies often targeted minority and low-income students and saddled them with debt. One session of Congress ruled that these colleges had to demonstrate that at least 10 percent of their revenue came from sources other than government grants and loans. A succeeding session of Congress ruled that GI Bill tuition benefits did not count as government money towards the 90-10 rule.

Colleges need to pay more attention to student success; Parents and students need to have better information about the fit between the candidate and the campus. Especially since 30 percent of students drop out after the first year. Those who leave without a degree or credential owe an average of nearly $14,000 and have the lowest likelihood of being able to pay off their loans. Colleges and universities bear some responsibility for these students who enrolled with loans and dropped out with debt. Perhaps this would be an incentive to improve the results.

Finally, the Public Service Loan Forgiveness Program, put in place to assist those who enter lower-paid professional positions in teaching and social work, for example, has suffered from mismanagement for years. The program should be fixed. Those eligible for it and the income-based repayment plan should receive retroactive relief. It is estimated that 98 percent who applied were denied to the program and that 30 percent more students could have benefited from the program as created.

It should also be noted that for the past two years, during a COVID-19 moratorium, students have not had to make any payments on their loans and no interest has accrued. In addition, those in the public service and income-based loan programs have also had two years of no payments credited towards required payments.

These recommendations apply to federal student loans. They do not address the issue of private loans that also grew in magnitude due to federal policy. These loans represent 16 percent of all student debt and total $132 billion, with a $12 billion increase in 2020-21 alone. Rates are up to 13 percent compared to 3.73 percent for federal loans. More than one-half of student borrowers did not take full advantage of the federal loan programs before taking out a private loan.

Policy should address problems, not campaign promises. The problems with the federal student loan programs are real. The solutions are within our grasp, especially more robust counseling for students and parents about the options available.