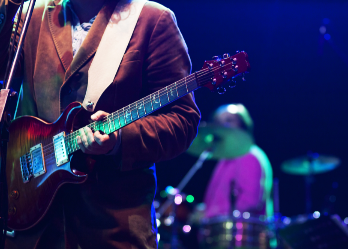 Before the dawn of HigherEdJobs, the three co-founders were actually first connected through their passion for music. In 2000 the three friends, all having Penn State connections, started a band called Nittany Scion.

“We felt the name really paid homage to our past but also, as the meaning of ‘scion’ indicates, forged us a new beginning” says lead singer Eric Blessner, chief information officer and co-founder of HigherEdJobs.

“The pandemic really made us realize that we need to follow our dreams” says drummer Andrew Hibel, chief operating officer and co-founder of HigherEdJobs.

“We plan to take an 8-month sabbatical to give this dream one last shot.”

The HigherEdJobs team will miss our leaders as they take on this new venture, but the passion the three exude for their music makes us certain it is the right decision for them.

Band guitarist, president and co-founder of HigherEdJobs, John Ikenberry, says, “I compare my passion for guitar to Brian May’s. We’ve met once, it was the best day of my life.”

I asked lead singer, Eric Blessner, who his favorite singers are, to the point and with no hesitation he said, “Alanis Morissette and Garth Brooks.”

Just kidding, it’s April Fool’s Day after all. As much as our co-founders would like to say they have musical talent, they don’t. BUT we do have the HigherEdJobs Podcast and an Accompanying Spotify playlist where you can get a sense of the HigherEdJobs Team’s musical taste.