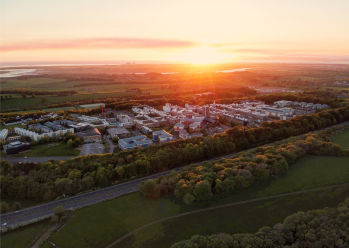 In recent years, it seems that a renewed emphasis has been placed on enhancing college access for rural communities in the United States. Or perhaps — with growing evidence of rural-urban social, economic, and political divides — higher education policymakers and practitioners are simply paying more attention to America’s hinterlands. Regardless of whether one has recently arrived to the topic or is a lifelong advocate for rural education, it is impossible to overlook the innovative new approaches that are being deployed to enhance both K-12 and postsecondary education for rural communities.

Within the last few years at my own institution — like many others throughout the country — a new scholarship program known as ALL Georgia has been deployed with the aim of recruiting and supporting rural undergraduates. In my native state of Missouri, the Community Foundation of the Ozarks has supported targeted efforts to recruit prospective teachers for rural K-12 schools and my alma mater — Missouri State University — is leading efforts to promote college- and career-readiness through teaching writing skills and expanding computer science training in rural schools. At North Carolina State University, an innovative Rural Works! program places students in internships within rural counties, and the Belk Center for Community College Leadership and Research recently announced a new initiative to enhance training for rural community college leaders. Many more examples abound, but these stories highlight just a portion of the creative endeavors unfolding across the higher education landscape to support rural students and communities.

With the launch of the Alliance for Research on Regional Colleges (ARRC) and the recent release of that organization’s trailblazing report on rural-serving postsecondary institutions (RSIs), stakeholders engaged in rural education advocacy and outreach have been provided with further tools to extend their impact. In the report, ARRC researchers offer a formal framework for identifying RSIs, expanding beyond the notion of “rural-located” institutions (eg, those based in a rural locale as designated by the US Census Bureau) to include other postsecondary institutions — such as land-grant universities — that have a dramatic impact on rural communities even if they are technically situated in a non-rural setting. The metric used in ARRC’s analysis is based upon variables such as the percentage of rural population within the institution’s home county, the percentage of rural population in adjacent counties, the overall population size of the home county, adjacency to metropolitan areas, and the proportion of degrees awarded in fields such as agriculture, natural resources, or parks and recreation.

From the larger listing of over 2,500 two- and four-year non-profit institutions in the United States, the ARRC analysis identified 1,087 that align with their proposed definition of “rural-serving.” A subset of 505 institutions were designated as “High-RSIs,” meaning that their score on the ARRC index was notably above the average score of other RSIs. The full RSI dataset is available on the ARRC website and has also been compiled into a helpful tool, allowing online visitors to explore the data and draw further comparisons via an interactive map. One important takeaway from the analysis is the immense diversity of the rural postsecondary landscape, as well as the measurable areas of need identified by the ARRC report. Several key findings include:

For policymakers, the ARRC report further underscores the demand for additional investment in rural postsecondary education. Even public institutions, as illustrated at rural-serving Henderson State University in central Arkansas, often face major financial barriers to fulfilling their mission. With such significant potential to drive economic growth in their communities and regions, rural-serving institutions might be better positioned to meet these demands if provided with sustained political and financial support. The inclusive approach to defining RSI status proposed by the ARRC report also signals just how important such investment may be for reaching racially or economically marginalized students — perhaps creating a unique policy window to address multiple priorities at once.

Practitioners may also benefit from leveraging the RSI designation, either through direct use of the metric for institutional benchmarking, as ARRC suggests, or by taking the opportunity to reframe their own work through a rural-serving lens. Particularly among RSIs that lie on the urban periphery — and even for land-grant institutions (of which less than 62 percent met the RSI designation in the ARRC index) — a renewed focus on serving rural constituents may reveal exciting new opportunities to enhance student success, economic growth, and quality of life.