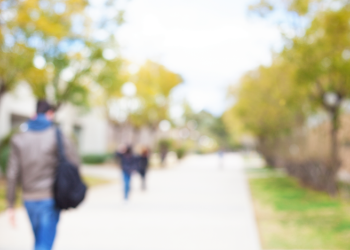 Recent controversies about college include those about preferential treatment for students whose parents attended the college of choice, “free” tuition, forgiving college debt, and the value of attending college at all. In each case, there are ethical considerations that do not receive adequate attention.

Reading the passionate arguments for doing away with legacy admissions reminded me of the day when I wanted alumni to urge their children and grandchildren to attend Adelphi. The University had suffered several years of scandal, enrollment had fallen, and the percentage of alumni participating in annual fundraising was around two percent. I wanted alumni to know that we were on the way to a successful trend, not just survival, and I thought that an indication of alumni pride would be that they would want family members to attend.

It is estimated that three-quarters of the top 100 research universities and liberal arts colleges use legacy status as a variable in deciding who to admit. However, for most institutions, for which admissions are not selective, this is not an issue.

A study of elite college admissions found that the children of alumni are 45 percent more likely to be admitted than a non-legacy student. For example, in any given year, over one-third of Harvard’s, Penn’s, Princeton’s, and Brown’s freshmen are children of alumni. Most advocates for legacy admissions cite fundraising as a major reason, yet a major study found that this is not the case.

Those against legacy admissions argue that the practice tilts the scales in favor of the already advantaged and denies access to talented but low-income students whose parents did not attend college. While I agree that colleges should do more to open access to students from all backgrounds, the odds are that the freshmen spots opened by Amherst’s decision to eliminate alumni preferences will go to other students from affluent neighborhoods. Why? Because the relationship between readiness for college and high academic credentials is highly correlated to family income.

I think a better argument against the practice involves a different ethical issue. Is it legitimate for an institution benefiting from a public charter, tax-exempt status, and tax-exempt donations to reserve such a large percentage of admission spaces to those with family connections? That is the ethical question.

One irony of banning the practice would be to deny a leg up to the children of alumni who attended college under an opportunity program for underrepresented students. Surely it would be ironic to deny them the opportunity that generations of white graduates had.

Instead of decrying legacy admissions because we want more talented but poor students to gain admission to highly selective and prestigious institutions, which are unlikely to increase the size of their entering classes, we should be advocating for different policies. These include increased financial assistance to students and families based on their income and improving the funding of public colleges and universities so that the student experience can be more successful and beneficial.

Another controversy involves these same public universities. Their tuition is already subsidized to less than one-half the tuition at private institutions, yet there are many who advocate for “free” tuition at public colleges. This would be a further subsidy for more affluent families whose children, by dint of the correlation between family income and student achievement, are already crowding out lower-income students for whom the institutions were created.

Still another controversy, and source of ethical concern, is the call to forgive college debt. Yes, the amount of $1.7 trillion is a huge amount. But before deciding to forgive, let us know who holds the debt.

In 2019, households with graduate degrees owed 56 percent of the outstanding education debt, and the 3 percent of adults with a professional or doctorate degree held 20 percent of student loans. The median income in these households was twice as high as the overall median — $106,000 versus $47,000 in 2019.

Most undergrads finish college with little or modest debt: About 30 percent of undergrads graduate with no debt and about 25 percent with less than $20,000. Despite horror stories about college grads with six-figure debt loads, only 6 percent of borrowers owe more than $100,000 — and they owe about one-third of all the student debt. The government limits federal borrowing by undergraduates to $31,000 for dependent students. Those who owe more than that almost always have borrowed for graduate school.

Despite US Senator Elizabeth Warren’s description of her proposal for student debt relief as “progressive,” her plan would benefit the top 40 percent of households because they hold the bulk of the loans. Borrowers with advanced degrees represent 27 percent of borrowers and would get 37 percent of the benefit.

Where one goes to school makes a big difference. Among public four-year schools, 12 percent of bachelor’s degree graduates owe more than $40,000. Among private non-profit four-year schools, it’s 20 percent. But among those who went to for-profit schools, nearly half have loans exceeding $40,000.

Loan forgiveness proposals also raise questions of fairness: Is forgiving all or some outstanding loans fair to those who worked hard to pay off their debts? Is it fair to taxpayers who did not attend college? For proprietary schools, why not “claw back” funds from the owners and managers, many of whom “earned” millions of dollars from predatory practices, instead of asking the American public to pick up the bill and bail them out?

Still another ethical conundrum arises in the complaints of too many people going to college. Those who argue this way probably do not mean their own children, only other people’s children. It is documented that a college education is highly correlated with higher income, lower unemployment, better health, and more civic engagement. However, I agree that there is a problem — otherwise, why would the official four-year graduation rate for students attending public colleges and universities be 33.3 percent? The six-year rate is 57.6 percent. At private colleges and universities, the four-year graduation rate is 52.8 percent, and 65.4 percent earn a degree in six years. The rate for proprietary colleges is much lower.

Colleges need to pay more attention to student success, parents and students need to have better information about the fit between the candidate and the campus, and we should have alternatives such as different forms of credentials for those who do not attend a higher education institution. Colleges should also ensure that they have pathways to a degree for students who have dropped out and for adults who never started. These positive approaches are better for society than arguments that too many people go to college.

We should advocate for ethical and effective public policies and not be swayed by well-intentioned but unfair solutions. Good public policies require fact-based analyses. Only then will be able to address the ethics of legacy admissions, “free” tuition, forgiving college debt, and college attendance itself.