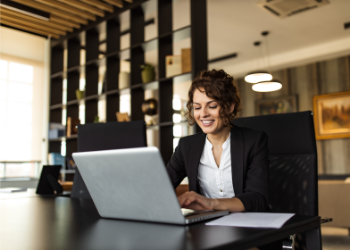 LAS VEGAS – Companies must ensure that women who left the workforce during the COVID-19 pandemic are treated equitably and aren’t punished for their absences once they return to work.

Returnship and allyship programs will be even more important to help women ease back into the workplace, said Camille A. Olson, a partner at law firm Seyfarth Shaw. Olson spoke Sept. 10 during the panel discussion “SHE-CESSION: Seizing the Moment to Lead Global Change for Women in the Workplace” at the SHRM Annual Conference & Expo 2021.

Millions of women left the workforce voluntarily to take care of their children because schools and daycare centers were closed. Others worked in industries like hospitality and retail, which have an overrepresentation of female employees and were especially hard-hit by the pandemic.

Olson said companies may want to consider whether it is advisable to pay women who left the workplace during the pandemic less than individuals who did not, even though it may be legally justifiable.

“Are you going to allow that to happen?” Olson asked during the discussion. “As a culture in your company, is this something you want to support?”

Olsen also suggested that companies reconsider policies limiting raises to 10 percent or less when a person is promoted internally. She said those policies can lead to pay disparity within organizations because women tend to stay in jobs longer than men and don’t typically get the bump in pay that comes with changing companies.

“How are you ensuring that you have changed structural processes so you aren’t going to see gaps that need to be corrected?” Olson asked.

Olson also recommended that companies consider having at least two women in their final slate of job candidates. “Having one woman in a group makes it very difficult to look at her outside her status as a woman,” Olson said, adding that it is much easier to evaluate candidates based on their individual attributes when there is more than one woman in the mix. .

Women’s employment is at a 33-year low, according to Emily M. Dickens, the Society for Human Resource Management’s (SHRM’s) chief of staff, head of government affairs and corporate secretary.

“There are a ton of opportunities to think bigger and better,” Dickens said. “This is not a status quo moment.”

The upheaval caused by the pandemic provides an opportunity for companies to look at their programs and ensure that women — along with everyone at the organization — are treated fairly. It’s especially important as companies tackle what has come to be known as the Great Resignation, which has led millions to leave their jobs amid the economic recovery.

SHRM’s Chief Human Resources Officer Sean T. Sullivan, SHRM-SCP, recommended that companies have open discussions with employees about what kind of development and training they would value.

“Try to understand what is meaningful to that person and what their objectives are,” Sullivan said. “Bring learning and development into a more active discussion. It can be a more robust, ongoing dialogue.”

Sullivan added that in a tight labor market, such discussions are especially important to help find more common ground.

Not every effort to create a more inclusive workforce needs to be a costly, monumental shift in policy.

Corporate leaders should regularly call employees that are three to four levels down to see how they are doing. It benefits both the leader and employee, suggested Susana Suarez Gonzalez, executive vice president and chief human resources, diversity and inclusion officer at International Flavors & Fragrances Inc., and member of the SHRM board of directors.

“I’d recommend that leaders get out of their shell to hear from employees what is going on,” she said.