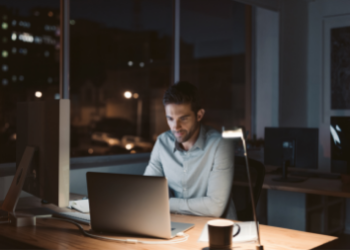 When it comes to measuring work, higher education professionals aren’t that much different than workers in other industries. Most faculty and staff don’t have billable hours like attorneys, nor are they like shift workers punching a time clock. But they still think in terms of hours, whether it’s counting equivalent credit hours or lamenting — or maybe boasting — about the duration of a workweek that goes beyond the standard 40 hours.

Author Laura Vanderkam realized that life is not lived in grand abstractions but in hours, which is why she wrote her book “168 Hours” about how people have more time than they think in a given week. Vanderkam provided many examples of people who optimize their time, including a biology professor at Creighton University named Carol Fassbinder-Orth, recognizing that scientists like her are not judged on the hours in the lab, or numbers of slides prepared, but on the quality of results and articles published in peer-reviewed journals.

Still, when it comes to allocating how we go about doing our work, the beads of the abacus that we move are often not money, units of energy, or other increments of time such as days, weeks, or minutes: they are often hours. .

Using time-diary studies, Vanderkam pointed to discrepancies in people’s estimated weekly hours of work and the work they actually did, often with gaps that increase sharply between the two when people say they work more than 60 hours. This makes sense when you consider the 2014 Stanford University study showing that productivity drops after 50 hours of work per week and drastically enough after 55 hours that they are better off not even working. But, hey, you were sitting in your office, or your laptop was open, so you can tell people you were “working.”

Vanderkam recommends keeping a time log to correct for the workweek misperception, but more importantly, to be more intentional about your work. “If you want to get more out of your 168 hours in the future, it helps to know how you’re spending them now,” Vanderkam wrote.

This self-awareness can be liberating and empowering, but you have to want it. According to Vanderkam, surrendering yourself to “not having any time” shifts the blame to your manager, your students, your institution, or more nebulous forces, such as capitalism or society. “It is a choice,” she added, “and not a matter of lacking time.”

Here are two rules for getting the most out of your 168 hours:

The Rule of 52 and 17
To harness the power of choice and optimize your time, try scheduling bouts of intense, distraction-free work. This is often called deep work or deliberate practice, and productivity enthusiasts frequently recommend using the Pomodoro Techniquewhich is simply timing these increments of work and taking scheduled breaks in between.

But how long should you work between intervals? Well, advice varies on this and it often depends on the intensity and cognitive demands of your work. Try experimenting and attempt to increase these sprints to 90 minutes. One study, using data from the time-tracking and productivity app DeskTimefound that the optimal increment for the highest performance is about an hour, 52 minutes to be precise, with a 17-minute break. The Rule of 52 and 17, is best practiced, however, if your break is leaving your desk, office, or computer. Checking email or social media might seem like a break, with intermittent variable rewards that offer you a dopamine hit, but you’re still using cognitive energy. Taking a walk down the hall might be more restorative.

Ed’s Three-Hour Rule
What you should be doing during your 52 minutes obviously depends on your priorities, set by your job description, institutional mission, and other demands of your profession. But what if you’re a job seeker? How much time should you spend on updating your resume/CV, writing your cover letter, networking, and other job search tasks?

Steve Dalton, author of “The Job Closer” and “The 2-Hour Job Search,” suggests Ed’s Three-Hour Rule. Inspired by Ed Bernier, director of Daytime MBA Career Services at Duke University, this rule states that if your job search takes 100 hours, then your resume should take no more than three of them.

“Online postings have commoditized resumes — there are simply too many for employers to read through — so suddenly a nice resume isn’t enough (or even recognized); to score an interview, you need a perfect background or a referral,” Dalton wrote in “The Job Closer.”

According to Dalton, people want to believe that if they put in enough work on their resume, they might not have to dedicate as much time to networking, which he calls job seekers’ biggest boogeyman. Once your resume is error-free and lists your most important accomplishments, then it’s time to move on to more critical things that will land you an interview, such as networking.

In conclusion
Following these two rules won’t make you the best and most productive worker in your department, nor will it get you hired or promoted. But having something to guide you, much like how we count the hours to measure work, will give you structure and put you in a better position to succeed.