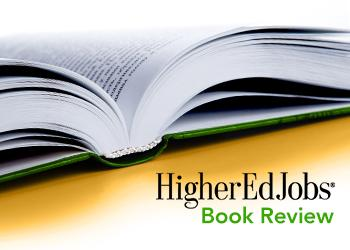 Books on leadership generally seem to be reflections on what “I did” or lessons from a coach or military leader about winning, or strategies and theories for conquering competitors. It often seems that leadership is about a contest, with winning the goal – whether it be the game, market share, or a prize. But often, the most valued goals are not winnable.

in”The Power of Giving Away Power: How the Best Leaders Learn to Let Go,” Matthew Barzun, internet entrepreneur, Obama fundraiser extraordinaire, US Ambassador to both Sweden and the UK, and now publisher, has crafted a remarkable addition and antidote to the literature on leadership. His book is part memoir, part extended essay on leadership, and part storytelling in a conversational yet compelling tone. The lessons drawn from the historical figures cited are illuminating. His development of the metaphors “Pyramid” and “Constellation” is compelling. I will never look at a dollar bill in the same way again.

Barzun profiles several people whose discoveries and insights form the foundation for his own development in business, politics, and diplomacy. From him we learn about Charles Thomson, Secretary of Congress, whose signature joins that of John Hancock’s on the first-printed Declaration of Independence.

Thomson guided the work of crafting a national logo, a Great Seal to symbolize the new nation and to stamp on the Paris Treaty. From the various suggestions he received from committees and consultants, Thomson selected as one symbol, the Pyramid, representing concentrated power, strength, and solidarity the nation might need in times of crisis. Barzun calls this “freedom from” as it misses what cannot be measured. Furthermore, the Pyramid mindset includes attempting to plan away uncertainty, extracting power in order to simplify life, and prizing stability. It can lead to authoritarianism, patriarchy, and slavery.

For the other image, Thomson chose the Constellation, “freedom with.” The Constellation represents the United States as a nation among nations, the states as independent bodies freely choosing to act in concert in order to accomplish something greater than each could alone. It represents unity without uniformity; each can both stand out and fit in. Barzun further states that the Constellation image is open-ended, allowing room for more stars and for new and varying connections between them. Congress approved the Great Seal with these two images after six years of development.

From these iconic images, Barzun derives a further lesson that he develops in the stories he tells of other persons who learned the power of giving away power. He builds on their stories to underscore the importance of interdependence, arguing that both dependence and independence are two sides of the same coin. With interdependence, we can find shared principles, habits, and sentiments that we cannot find through self-reliance alone; it establishes the influence of patterns and tones.

The other persons represented in this storytelling include Jimmy Wales, the father of Wikipedia, whose predecessors included Encyclopedia Britannica and Microsoft’s Encarta; Dee Hock, who shepherded the creation of the Visa Card from the disparate credit cards offered by different banks and stores; and John Gilbert Winant, the American diplomat who befriended Winston Churchill and the English people and helped strengthen the Special Relationship between the two nations during the war.

Another is Jane Jacobs, the urban activist who advocated for community in the face of urban planning without regard to residents. According to Barzun, Jacobs reminds us of lessons from nature, ie, branching and connecting. She knew that there is cooperation and competition, but advocated for co-creation, ie, people in a constellation-like arrangement contributing ideas in order to co-create what is desired. She, like the others, gained power and influence by giving others the opportunity to experience the power of interdependence.

From each of these profiles, we learn that leaders can unlock the energy necessary for the whole to become more than the sum of the parts. Furthermore, we are reminded that humanizing and empathizing are more likely to produce beneficial results than automation and replication. The pattern and tone to attain are that of respect, empowerment, and inclusivity.

To this reader, the most interesting portrait is that of Mary Parker Follett, called by two of the most influential thinkers of leadership, Peter Drucker and Warren Bennis, as the “guru’s guru’s guru.” She learned that one can cause change only through and with other people and became a leading consultant for industry and the military. Her principles eschewed acquiescence, victory, and compromise in favor of “integration,” ie, what happens when members of a group make a new thing together. Her expectations for meetings were (1) Expect to need others; (2) Expect to be needed; and (3) Expect to be changed.

The major point of this thesis, to me, is revealed in his meeting with Lynne Twist, the author of “The Soul of Money.” As an anti-hunger activist, she had visited the Achuar people of the Amazon. When she offered her assistance to the tribal chief, after a four-day trek in land that was foreign to her, he replied, “If you are here to help, please leave. But if you are here because you feel your liberation is bound up with us, then stay – let’s work together.” This was a declaration of the need for interdependence.

Another set of lessons learned from these stories underscores the importance of distributing and sharing power because diversity is a fact, inclusion is a choice, co-creation is the work, and interdependence is the promise.

Some of Barzun’s most compelling lessons derive from his time working first for Barack Obama as a candidate and then as President of the United States. When appointed by the President to be an Ambassador, Barzun went to the Oval Office to ask what advice the President would give. With pen in hand and notebook at the ready, Barzun heard Obama say, “Matthew, listen.” For a brief second, Barzun awaited the lesson to which he should listen and then realized that it was to listen and to listen with inclusion and humility.

And listen he did, visiting young people throughout both nations asking what they thought about America and what they hoped not only for their own futures but also for future relations between our countries.

“The Power of Giving Away Power: How the Best Leaders Learn to Let Go” is not only a timeless text for professional development but also should be required reading for high school seniors and college freshmen. While it is never too late to learn the lessons of “pattern and tone,” these students would benefit greatly from them in all future studies. The lessons are simple but essential: respect, empower, include others.