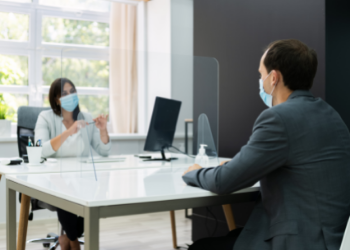 Job interviews are overrated and subject to bias compared to other tools for evaluating candidates. Too many interviewers decide within minutes if a candidate is suitable for a job, or they might steer towards unstructured formats and unscripted questions that help predict the best candidate about as good as flipping a coin.

Princeton University psychology professor Emily Pronin put it this way The Hidden Brain podcast: “If I want to know whether you’re going to be a good bricklayer, it’s probably a lot more valuable for me to watch you lay bricks and for me to ask your five prior bosses how well you laid bricks than for me to sit down and interview you about how good of a bricklayer you are.”

Here are just a few biases and illusions that diminish the validity of interviews:

Employers have perfected the recruiting process so much that once they have 3-5 candidates who are highly qualified and often indistinguishable, they spend the interview focused on marginal and inconsequential differences. The screening instruments might be objective, but subjectivity and the idiosyncrasies of hiring committees emerge during interviews.

According to Pronin, interviewers often feel confident relying on candidates’ behavior to glean information about their internal states — their passion, mental stability, or drive — through the candidates’ nonverbal gestures, off-the-cuff remarks, or unintended slips of the tongue.

Pronin didn’t come up with the term ‘interview illusion’ but she did coin “The Introspection Illusion,” the title of her 2009 paper, referring to how people misjudge their ongoing introspection as reliable information.

When it comes to job interviews, the Stephen Covey quote, “We judge ourselves by our intentions and others by their actions,” can be paraphrased as, “Candidates judge themselves by their thoughts, but interviewers judge candidates by their responses.”

Interviews are overrated because search committees rely on them too much for predicting future job performance and whether or not a candidate is “a good fit,” instead of highly weighting resumes/CV, references, and other indicators of the past.

There are ways candidates can use interviews in their favor, such as sharing your intrinsic motivations and personal opinions, as recommended by Kaitlin Woolley, an assistant professor of marketing at Cornell University whose job interview study was referenced in a Previous HigherEdJobs article. It’s important, however, to be aware that interview biases exist and that some jobs emphasize the interview more than others.

“Interviews are probably here to stay, but they are just one small portion of a person’s abilities,” Woolley said. “People have to remind themselves to think of the whole applicant and not overweight the interview. There is a presentational component that people are looking for in interviews: your ability to communicate and present effectively, which is important (in higher education). For that reason, people might not want to get away from interviews, even though in higher education they are more aware (than other industries) that these biases exist. They’re still relevant (…) and it’s hard for them to get away from them.”

In some ways, the job interview matters more for positions in higher education because it replicates how you communicate to students. Teaching demonstrations and job talks, where candidates present their research, are often part of the interview process.

On the other hand, job interviews should not be emphasized as much in higher education because of the weight placed on evidence such as credentials, research grants, leadership positions, scholarly citations, and voluminous CVs. That’s a lot for a search committee to stomach, leaving little room for subjectivity or “gut feelings.”

Candidates should still embrace interviews as opportunities to further influence a search committee by telling a compelling story and showing off their personality and presentation skills. Sure, it’s a different context and you’re subjecting yourself to the biases of interviewers, but with risk comes reward. And if an employer is foolish enough to ignore their own biases and illusions, then you’re not going to want to work for them anyway.