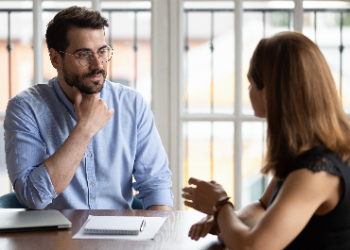 Research indicates significant differences between the ways women negotiate, and how they are treated in the negotiation process, compared to men. Linda Babcock, author of “Women Don’t Ask: The High Cost of Avoiding Negotiation – and Positive Strategies for Change,” found a 7.6 percent difference in salaries between women MBAs and their male counterparts. Babcock found, in response to the question, “When you got your offer, did you attempt to negotiate?” 57 percent of male respondents and only 7 percent of female respondents said they did. For those who negotiated, male or female, the result was a salary increase of over 7 percent. Yet, this is not the full picture.

Institutional sexism and cultural norms around how women are expected to behave adversely impacts how they are perceived and treated in the negotiation process. Ingrained societal gender roles cast women and girls as accommodating, concerned about the welfare of others, and relationship-oriented which clashes with more assertive behaviors considered essential for negotiation success. They then face a backlash as research shows that, relative to men who make similar requests, women are penalized financially, considered less hirable and likable, and less likely to be promoted. Women are especially penalized when negotiating with male bosses and receive less compared to their male counterparts in similar circumstances. Thus, while women may not “ask” as they should, their reluctance is understandable, and they often don’t “get” when they do ask.

Such findings likely come as no surprise to women who have attempted to negotiate for professional goals, such as salary, advancement opportunities, and support in their work and careers. This raises two questions: 1) What can women do to be more effective negotiators; and 2) What can organizations and their leaders do to level the playing field to ensure equity in the negotiation process?

Margaret NealeThe Adams Distinguished Professor of Management, Emerita, Stanford Graduate School of Business, and co-author of “Getting (More of) What You Want,” challenges women to be cognizant of three aspects of negotiation to realize better results. They should ask:

· Why am I asking? Women are more effective in negotiation when they “pair their competence with a communal orientation,” demonstrating concern for the other and how their skills will help their employer, their team, and others do better.

· How am I asking? Noting research regarding how male evaluators, such as a boss, penalize female negotiators on single-issue matters, such as asking for more money, Neale suggests “communal packaging.” In contrast to negotiating issue-by-issue, which is often considered adversarial, women are more effective when framing their interests as a “package” of resources they need to be effective. They can then combine this package with a demonstration of how receiving these resources will help others be better off.

· For whom am I asking? Neale notes that women significantly outperform men in “representational negotiation,” meaning negotiating for someone else and not solely for themselves. Consistent with their natural concern for others, their motivation is greater when they understand they are negotiating for others, such as family and loved ones.

This is sound advice for women. At the same time, organizations and leaders must consider how they engage women and what environments they create to ensure equity in the negotiation process. For example:

Foster an environment that promotes collaborative, communal negotiation processes rather than competition. Men are considered more effective in competitive, adversarial bargaining situations whereas women suffer when negotiating this way “because focusing on their own needs causes others to view them as bossy and aggressive.” To counteract this, women are advised to adopt a collaborative or “communal mindset” in their negotiations. Yet, isn’t a collaborative, communal mindset what we should always aspire to in our organizations? Leaders should work to make collaboration the default, not the exception, because it is in the organization’s best interests and benefits men and women alike.

Counteract biases and stereotypes against women, no matter how they negotiate. Notwithstanding the best advice for women in negotiations, they should not be penalized for engaging in behaviors and approaches for which men utilizing the same behaviors are praised. Women should neither be boxed into societal norms that presume they are, and should remain, accommodating, caring, and “nice,” nor penalized for being “bossy and aggressive” when they pursue outcomes in their self-interest just as men do. Leaders and organizations must avoid the “double-bind” bias which forecloses leadership opportunities for women because they are perceived as too nurturing and likeable or, conversely, too assertive and forthright and, therefore, unlikable. This culture shift is easier said than done but begins with serious intent and action within organizations and among leaders to overcome the biases and stereotypes that hinder women and favor men, including perceptions about how they negotiate.

Monitor gender-based negotiation decisions. Organizations and their leaders must seek to avoid decisions resulting from negotiation processes favoring the way men negotiate over women. For example, in search and screen, hiring, and salary negotiation processes, they should avoid reliance on faulty intuition and snap judgments which are often the product of biases, whether based on gender, race, or other inappropriate considerations. Interview processes that utilize structured, pre-determined questions for which answers are compared and weighted based on an established scoring system can reduce such biases. Pay transparency, such as through posting pay ranges, can better ensure that both managers and candidates negotiate within acceptable ranges. Leaders and managers must double-check their biases when, for example, they find themselves overly influenced by a male job candidate and inclined to honor a request when they haven’t, or wouldn’t, for a female candidate who didn’t ask. .

Margaret Neale notes the consequences for a woman’s failure to ask for an additional $7,000 in annual salary compared to a male counterpart who did, which results in the male receiving $100,000 in additional annual salary after 30 years. As much as women should develop skills and strategies for asking, organizations and leaders should create a level playing field that eliminates the “game” of negotiations to ensure equity for all.