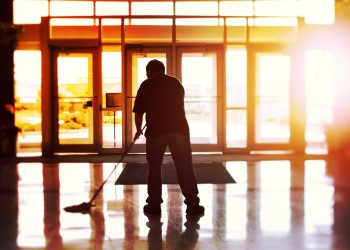 As COVID-19 continues to devastate communities across the US, colleges and universities must brace for what is sure to be a hectic Autumn semester, including making difficult decisions that may put many lives on the line. In some instances, institutions are committing to online-only classes in order not to risk the spread of the disease. In other instances, institutions remain committed to continuing operations in-person, albeit with certain restrictions put in place. However, recent announcements have shed new, though not unexpected, light on the topic: In making these decisions, whose lives matter?

In early July, the University of Texas at Austin — an institution set on holding in-person classes in the Autumn despite already having a minor coronavirus outbreak during a Spring Break trip in April — announced its plans for Autumn semester and detailed A list of scenarios that would cause mid-semester closure. Prominent on this list was in the case of a student death due to COVID-19 — student death, not faculty, staff, or otherwise.

It has been shown that Those who face the highest risk of contracting COVID-19 are those workers who are among the nation’s lowest wage earners. Included in this group are professions that are vital to college campuses, such as custodial service employees and groundskeeping workers. And indeed, UT-Austin has already had a custodial service employee test positive and die from COVID-19. Yet, as college campuses set to re-open and risk increased exposure to this pandemic, institutions such as UT-Austin only considering closing in the event of a student death devalues ​​those lives which are so vital to our campus operations.

During this pandemic, this rhetoric, and these decisions, are quite literally a matter of life and death. However, we should not be surprised this rhetoric exists — because it has for quite some time. A scan through conferences and journals dedicated to the study of higher education reveals the field’s devotion to understanding the experiences of students (past and present), faculty, administrators, college presidents, and college boards — “but rarely highlights the experiences of workers who keep the campuses clean and safe, the meals hot, the grounds tidy, or the buses running.”

In fact, Peter Magolda’s (2016) “The Lives of Campus Custodians: Insights Into Corporatization and Civic Disengagement in the Academy” remains one of the only major publications in the field to consider such personnel. In the book, Magolda raises important questions on whether higher education is truly the inclusive field it claims to be and asks whether the academy still believes wisdom is exclusive to those in certain professions or in certain classes. However, we should take this line of inquiry a step further and ask ourselves: Are only those in certain professions or in certain classes (namely the most privileged in society) the ones who are worthy?

On college campuses, are only the most privileged worth studying? Recent conferences in the field of higher education would indicate the answer is no, such as the Association for the Study of Higher Education’s 2020 annual meeting theme Advancing Full Participation [link removed no longer active], which “invites us to ask who is and is not included in our existing institutional arrangements.” Yet, when the virtual conference happens this coming November, I wonder just how many in higher education will tend to the support staff members who enable our campuses to thrive.

On college campuses, are only the most privileged worth paying? As college campuses face a burgeoning economic crisis, spurred on by the impact of COVID-19 and years of defunding by states, tough decisions are being made this year by colleges and universities. With numerous campuses moving online for the Autumn semester, many Support staff members face uncertainty, as institutions question the need for them when there are no meals to serve or wastebaskets to empty. Yet, when there are no need for athletic coaches, due to the cancellation of various Autumn sports, coaches only face 10% budget cuts at worse.

And on college campuses, are only the most privileged worth living? When college campuses like UT-Austin openly communicate that a student death would trigger campus closing but that a staff death (one of which has already occurred at UT-Austin) would not, these words reinforce the notion that students’ lives are more valuable than those of staff members. I argue that everyone’s lives should be valued on college campuses, not only those who are privileged enough to pursue higher education.

Support staff members make up a large part of higher education communities, yet we constantly overlook them in research and in our day-to-day lives. As the field of higher education considers how to advance full participation moving forward, I encourage researchers, practitioners, and policymakers alike to start with those who enable our colleges and universities to thrive on a daily basis — those who are most vulnerable in the midst of this pandemic.