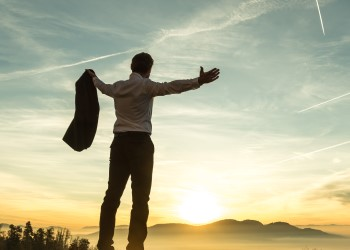 You and I live in very unsettled and unsettling times. This statement applies universally to individuals, organizations, and society as a whole. The challenges of effective and successful leadership have never, in my six decades in higher education, been so intense. Some might even say that they are acute. In many cases, institutional survival is at stake. Even when that is not true, fundamental transformations are in order. More astute observers than I have concluded that we collectively are unlikely to go back to the old ways of doing things.

Reflecting on this emergent reality, I have become interested in similar periods in the past and in discerning why some leaders succeeded while others fell short. Many factors contributed to these successes including cultural norms and the experiences those who led successfully brought to bear in uncertain times. Overall, however, there was a high degree of variability between and among these women and men in how they proceeded. There was, however, at least one factor that all shared: public optimism in the ultimate success of the endeavor.

Leading in times of uncertainty and existential angst in our colleges and universities is not fun. I’m sure that it is difficult these days to be optimistic about our future. Even when we are not in an existential moment on our own campus, we are aware that we are in a narrow passageway from one paradigm to another. Yet to exude pessimism when charged with leading change is to risk encouraging others around you to slip into a state of helplessness. We all know that can lead to despair and resignation.

I think that it is always imperative for leaders to maintain an optimistic outlook on the future but there is a premium on it now.

To begin, be assured that I am not talking about mindless, pollyannaish faith that everything will somehow work out just fine. I am focusing, instead, on the optimism that comes from belief in the importance in what you do and for whom and what your institution stands for generally. Mission matters, and leaders do best when they focus on the higher purposes of their institutions (or components of it, if you are a college dean, for instance) and know that those higher purposes are enduring.

Celebrating the mission and how it always evolves enables the successful leader to keep colleagues focused on the centrality of their work, no matter how that work itself is changing and sometimes has to be done in new and untried ways. In the early days of online courses, as an example, many of us thought that the learning outcomes would be inferior to in-person classes. I confess that I, too, was an early skeptic though I held my own counsel as I wanted to see what the studies of our programs would show. We all know how that turned out. Those who were charged with developing our online programs had an incentive to overachieve. And they did, thus calming their skeptics and hushing their opponents. The goal — the mission — was to provide high-quality learning. Mission accomplished.

Second, experience teaches that even if, or maybe when you as the leader do not think your colleagues can solve a problem, it is wise and practical to give them a shot at it. There will always be at least a few who think they know how to do it. My initial lesson came in my first year of teaching when the students shut down our institution in the wake of the Kent State Massacre. It was clear that we were not going to generally resume classes for the final two weeks of the term, but no finals meant no grades which meant a lost semester. Most of the students, whatever their views on the protests, knew that they did not want that outcome.

Thus, the concept of pass/fail was born. Students were told that if they wanted or needed a letter grade then they had to complete the rest of the semester. Otherwise, they could get a P. It was done class by class and student by student. A whole new way of grading appeared which later was used to encourage students to tackle electives where they might not excel but had an interest in the subject. The point here is that the idea came from a creative faculty member who found a way for us all to get around a tough patch in institutional culture and history.

The third reason for demonstrating optimism is simple: the leader is always being observed, not just on campus in formal or quasi-formal settings, but in the community beyond the campus. When you lead in higher education you are leading the overall best educated workforce in the country. If you believe in them, as I do, then you can be optimistic that no matter what comes to pass they will find a way to deal with it successfully. Your responsibility is to keep that faith in them and always to know that the collective capacity in problem-solving is a powerful force never to be underestimated.

After all, none of us are as smart as all of us. It is imperative to be optimistic about the future when you know that statement is true. Even when you don’t know what to do, count on it: someone will and others will come forward to make it happen. And in this environment, I’m betting on the notion that subsequently the new paradigm of your institution’s core work will be affirming and successful over the future. As the leader, put your money on it!