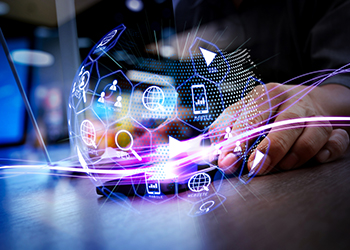 When I read the article “The New Humanities: Once-robust fields are being broken up and stripped for parts,” I did a very close read of the author’s argument about the threat of digitalization “dismembering” the humanities. My first thought was this is an intimation of STEM cannibalizing and undermining the critical parts of a liberal arts education. And that if we join efforts through technology STEM, the “applied sciences,” would always overshadow the humanities.

Humanities are still the cornerstone to a Liberal Arts education. Forging collaborations between the Humanities and STEM disciplines should result in “alloys.” I am not sure if it was the author’s intent, but if the DH/STEM collaborations are indeed alloys, which is a term used to describe metals made of two or more elements that result in a stronger metal, then by definition the DH/STEM Fusion should be stronger than each individual discipline. Putting them together should strengthen the structure of the University. Educating students in transdisciplinary thinking and preparing them for the workforce of the future should better equip students to compete for the jobs that require the skillsets that are offered in the digital humanities.

After reading the article, I started thinking this sounds like the argument biochemists used to make about molecular biologists. They would say things like “it’s a technique, not a discipline.” They would scream and become convulsive that we “tail-enders and new beginners” (those of us born between the years of 1952 and 1977; Baby Boomers and Generation Xers) could care less. We liked the idea of ​​the types of questions we could address. We saw ‘it’ from the beginning as a value-added proposition, not a threat to the continuation of biochemistry. We were not afraid of technology, and we are the generations of personal computers and programmable calculators. We welcome the use of computers and technology. We survived Y2K. Although we just kept working through our issues with data, our discipline area was not that affected by the introduction of the technology. I still had to purify my enzyme, sequence the amino acid sequence, and create antibodies to do the immuno-localization. So, using molecular techniques and/or computers was not a big issue — as long as I told my thesis advisor, it was a technique.

The people who took the biggest hit where those who had the audacity to combine the word computational into the title of whatever they were doing. Eugene Thacker in bioinformatics and bio-logics gave a really good account of the historical hysterics of the introduction of computers. The quote from his paper said that we had royal academy type scientists who were spreading the idea that computers would immediately “replace” wet laboratory research (Thacker 2005 [link removed no longer active]; Benton 1996; Cohen 1997; Huang 2000). I am not in total disagreement that, one day, computers may overtake our ability to do repetitive experiments. But, as of now, we still need humans to come up with the questions to ask.

But, if we take a retrospective look at what the genomic era has yielded, we should realize that it was “much to do about nothing.” Molecular biology is now a recognized discipline. It did not alter biochemistry and it strengthens it. Computers did not create chaos and take over wet science. Using computers lowered the necessary energy it took to decode and make genetic relativeness calculations in a matter of minutes. The beauty of computers now is anyone can go to the National Library of Medicine (NLM) database and do virtual experiments.

Not every area of ​​molecular biology stayed around or took hold. We don’t see a significant presence of molecular biologists in geology (well, not yet, but I predict it will come. Or, it is on the way). Geoscience is one traditional area where we still have to follow the geological footprint, so to speak, but there are more interesting developments in the epigenetics of fossilized species. It is so hard to isolate DNA, but it is not impossible. As of now, this discipline has not jumped into this use of genomics; but, the use of computers and GIS, as well as other modern instrumentation, have influenced this area of ​​science. It is not our grandfather’s geology. They use drones and other advanced technology to help them do geographical mapping in less than hours now. I have yet to hear them not embrace the entry of new techniques. They seem to be somewhat “Zen” about this whole idea. But, knowing human nature, I can bet that somewhere along the way there was resistance.

The DH article made the point to recognize that most graduate programs in the humanities will not accept graduates who are not knowledgeable in this area of ​​academic training. So, I am at a loss as to how we must “augur the shape” for the future if we don’t accept the collaborative, transdisciplinary degrees that influence the trajectory of our students’ future? Should we advocate for the 20th century familiar static “divisional structure,” or should we encourage our faculty to prepare a student body for the workforce of the future? In his words, “the new humanities…is another stage of adaptation.” Is the problem the integration of technology or that with this new humanities, different stakeholders can set the tenor of the conversation? What if I wanted to study cultural anthropology in Louisiana during the 1811 slave rebellion, (a rebellion that I have learned recently as a result of my exploring digital archives.), can having access to a digital archive of African American History allow me to enter the commons with a new understanding? Or, do I need to look only at the history provided by the Western Humanities readers?

If the argument is that the DH allows too broad of a narrative, then let’s make that argument and not one of holding back an area that has an opportunity to reinvigorate the humanities and not suffocate it. I believe the digital humanities will breathe life in traditional sectors, not tear it limb to limb but give it the needed oxygen to attract new generations of learners. The humanities are still the cornerstone and essential to our development of perspective. DH allows us to talk transdisciplinary and broadens our knowledge, it does not limit it.