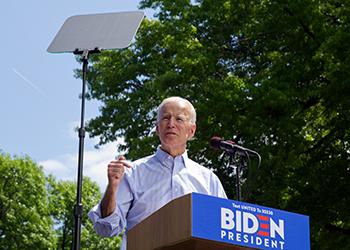 Listen to any of the candidates in the Democratic primary and you’re likely to hear a lot about higher education. All agree that costs are too high and accessibility is too low, but beyond that, nuances abound. With the first primaries of the 2020 race nearly upon us, it’s a good time to compare the positions of the top tier candidates. I took a look at the higher education plans of Joe Biden, Pete Buttigieg, Bernie Sanders, and Elizabeth Warren, and invited their campaigns to comment for this article. (Kudos to the Buttigieg and Warren campaigns for responding.) While Warren is the only candidate in the top tier who has been a professional educator, all of the top contenders place a high priority on education.

Let’s take a quick look at four major higher education topics in their plans: tuition, loans, Pell grants, and institutions serving students of color. For the sake of fairness, I’ve alternated the sequence of candidates within each topic.

Post-Secondary Tuition
Warren and Sanders have famously proposed free tuition and fees at 2- and 4-year colleges, and both want students who attend public institutions to graduate debt free. Warren says that “Like K-12 education, post-high school education should be available for free to everyone who wants to go” and characterizes her proposal as making “a historic federal investment in public higher education.” Sanders takes this one step further and includes trade schools and apprenticeships. In contrast, Biden focuses instead on free tuition at community colleges, saying that this would cut costs in half (although his plan doesn’t address the issue of transferring credits from 2- to 4-year schools, which could affect its scale and costs ). Buttigieg says “opportunities for success shouldn’t be limited to those with a college degree. By providing support to those who need it most, and not the children of millionaires and billionaires, my plan will also invest in workforce development, skills training, and apprenticeship opportunities for those Americans who choose not to go to college.” His plan is more modest and layered, proposing that college be debt-free for low-income families (earning up to $100K/yr) and tuition-free for middle-income families (earning up to $150K/yr).

Loan Payments and Loan Forgiveness
Sanders has the most far-reaching proposal, canceling all current student debt and capping future undergraduate student loan interest rates at 1.88%. Warren’s plan would cancel $50K of student debt for households earning less than $100K/yr and use a sliding scale for debt between $100K and $250K. According to her plan’s formula, a household earning $130K/yr would have $40K in debt canceled, while households earning $250K/yr or more would have no debt canceled. Warren says her plan would reduce debt for 95% of people with student loan debt and wipe it out completely for 75% of people with such debt. In contrast, Biden’s plan proposes that individuals earning under $25K/yr would not need to make loan payments, nor would their loans accrue interest. For others, loan payments would be capped at 5% of discretionary income over $25K. After 20 years, any outstanding debt would be forgiven. Buttigieg’s plan, again, is more modest. He proposes refinancing student loans at lower rates and canceling debt accrued through unaffordable for-profit programs. He is developing an income-driven repayment proposal. As in Biden’s plan, any debt remaining after 20 years would be forgiven. Both the Buttigieg and Biden plans would also reduce loan debt based on public service. Buttigieg’s plan would result in full forgiveness of student debt after 10 years of public service. Biden would forgive $10K/yr after 5 years, with adjunct faculty being eligible for his program.

Pell Grants
Buttigieg wants to increase the Pell Grant program by $120 billion and increase the maximum individual grant by $1,000. Biden would double the maximum Pell Grant allowed and automatically adjust the maximum for inflation. He would also expand the program to include DREAMers and restore Pell Grant eligibility to incarcerated individuals. Warren would invest an additional $100 billion in this program over 10 years and allow the grants to be used for expenses other than tuition and fees. Sanders also proposes increasing Pell Grants to cover the costs of attending college other than tuition and fees, such as housing, books, and transportation.

Institutions Serving Student Populations of Color
Biden’s plan puts more money ($70 billion) directly into Historically Black Colleges and Universities (HBCUs) and Minority Serving Institutions (MSIs) than any of the other candidates. Of this amount, $18 billion would be used to lower costs and increase graduation rates; $10 billion would be invested in new centers of excellence; $20 billion would be used to improve infrastructure; $10 billion to increase enrollment rates; $5 billion to expand career pathways; and he would permanently fund Title III and Title V of the Higher Education Act at $750 million/yr. Buttigieg proposes investing $50 billion in HBCUs and MSIs for capital and instructional costs, and for need-based financial aid. Warren proposes initiating a HBCU/MSI fund of “at least” $50 billion and would allow private HBCUs and MSIs to opt into her proposed federal free tuition program. She also wants to see annual audits of public colleges and universities to address issues with enrollment and graduation rates of low-income students and students of color. Sanders would invest $1.3 billion/yr to reduce tuition and fees at these institutions.

Funding Proposals
The candidates’ ideas for how to pay for these significant increases in spending vary widely. Biden proposes eliminating the stepped-up basis loophole (the readjustment of the value of an appreciated asset upon inheritance) and capping itemized deductions that wealthiest Americans can take to 28%. Buttigieg, noting that “Our economy is changing and it’s past time to grow the pathways to opportunity in America,” plans to fund all his domestic spending initiatives by increasing the capital gains tax, rescinding the Trump tax cuts for the wealthy, and decreasing the cost of health care. Sanders estimates that guaranteeing higher education as a right for all and canceling all student debt will cost $2.2 trillion. To pay this tab, he proposes a tax of 0.5% on stock trades, a 0.1% fee on bond trades, and a fee of 0.005% on derivative trades. Warren estimates her plan will cost $1.25 trillion over ten years. She proposes to pay for it using an Ultra-Millionaire tax where households with a net worth of $50 million or more would pay an annual 2% tax on every dollar of net worth over $50 million and an annual 6% tax on every dollar of net worth over $1 billion.

Still Curious?
All four candidates have a lot to say about their support for higher education. If you are still undecided, or just want to know more about your candidate’s position, perusing these campaign websites may be worth your time: