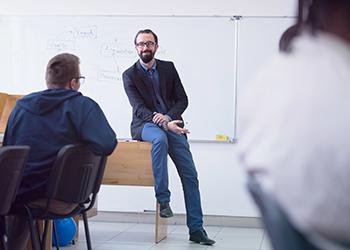 The landscape of increasingly hard-won tenure-track positions is changing. The National Science Foundation (NSF) has reported a Steady increase in the number of PhDswhile the American Association of University Professors (AAUP) cites a relative decline in tenure-track positions compared to untenured positions. With fewer permanent, benefitted jobs to go around, the competition is fierce, and the market is changing to reflect that. Below are some of the impacts of the modern tenure-track landscape on the job market.

Dependence on contingent faculty. The most looming result of fewer tenure-track jobs to go around is the dramatic increase in contingent (part-time adjunct and untenured full-time) positions. According to the AAUP, more than half of all university positions are part-time, which includes adjuncts, lecturers, and graduate assistants. According to the US Government Accountability Office (GAO), contingent faculty members face numerous problems, most notably that they are underpaid and undervalued with no job security or benefits.

There are also indications that adjunct faculty may lead to a lower-quality learning experience for students. Dr. Di Xu, a fellow at the Community College Research Center and a professor at UC Irvine, recently published a Study that found adjunct professors within a large community college system were associated with higher grades but lower long-term student outcomes. Students who studied with adjuncts were less likely to take a follow-on course (such as the next science class in a STEM sequence, for example) and were more likely to have poorer grades in follow-on courses. In the study, Xu attributed these results to several possible causes including the possibility that contingent faculty could be more dependent on good student evaluations as a result of having lower job security. Adjunct faculty are also less likely to have access to professional development opportunities available to full-time faculty that serve to improve their teaching.

The STEM factor. In 2016, the US Bureau of Labor Statistics (BLS) reported that Postsecondary jobs are expected to increase over the next half dozen years, with notable growth in particular areas. Nursing education positions are expected to increase by 24 percent by 2026, a percentage significantly higher than other fields, as the US population both grows and ages and the demand for healthcare specialists increases. STEM (science, technology, engineering, and math) teaching positions are also expected to grow, with engineering and biology instructor positions projected to grow by 15 percent each through 2026. This is not surprising given the massive ramp up in spending for STEM education in order to better prepare US students for key careers. Business instructor positions are also poised for growth. However, the BLS data comes with a caveat — state and local budgets must support educational spending in order to meet the demands of a growing population.

A longer, more complicated hiring cycle. The job market now extends much longer than it used to, so that means checking job listings throughout the year, not just in the fall. Failed searches can lead to unfilled positions, which may end up getting cut should school budgets call for tightened purse strings.

And if you happen to be on a search committee, you are looking at more applications than ever before. For tenure-track positions, this means cover letters, letters of recommendation, CVs sometimes pages long, and — get this — everything the candidate has ever published. In history, for example, according to an American Historical Association survey, an individual tenure-track job posted in the 2017-18 academic year drew between 12 to nearly 700 applicants, with a median of 82 applicants. And unfortunately, sometimes these applicants are not actually looking for a job but rather a bargaining chip for a better salary at their current institution.

Short-term visitors. Tenure-track jobs at R1> universities and colleges in remote areas and smaller cities are likely to have fewer applicants and so may be easier to obtain. However, new hires may already be thinking of leaving. These days it is not uncommon for professors to acquire tenure, gain teaching experience, and develop research programs, and then use these accomplishments to more competitively compete for a position at a preferred institution.

So what does all of this mean for job seekers? Dr. L. Maren Wood of Beyond the Professoriate encourages job seekers to consider looking beyond tenure-track positions. Wood and colleagues Dr. Jennifer Polk founded her company two years ago to help PhDs find work outside of typical tenure-track positions, given the difficulty of obtaining them. “Too often we close off opportunities,” Wood explained of jobs outside of teaching and research, stating that often PhDs get in the mindset that a tenure-track position is the only option. “Smart people work everywhere, creative people work everywhere. There are other ways to be intellectually engaged and have a meaningful, productive life.”