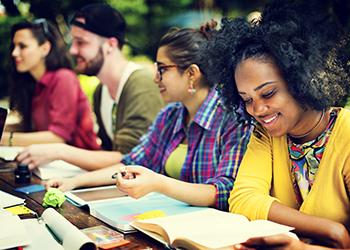 Demographic changes present significant challenges to higher education in the next 10 to 15 years. The financial crisis precipitated a significant drop in births that continues to today. As a result, in the mid-2020s we can expect the number of prospective students to begin a significant decline that will extend for at least a decade. Because northeastern states experienced low fertility rates even prior to the Great Recession, current declines in high school graduates in those states (as reported by the Western Interstate Commission for Higher Education) provides a window into what lies ahead for institutions in most of the country in the next decade.

While improving access will surely be part of an effective response to declining student numbers, we must recognize several limitations to this strategy. First, increasing attendance rates in modest subpopulations won’t produce effects large enough to offset the decline in total student numbers. The CDC reports a decline in births of more than 10 percent nationally and even greater in areas like New England. If Hispanics make up a little less than 20 percent of the population, a 10 percentage point increase in attendance rates would offset less than one-fifth of the overall decline.

Second, while attendance rates among Hispanic high school graduates have been lower than the national average in the past, Department of education data suggest that the gap has effectively closed. Four-year institutions may yet pick up new enrollments by closing attendance gaps (and that appears to be happening), but past expansions of access limit that possibility.

Of course, these limitations do not mean we should not continue to press towards educational equity. Far from it. With declining student numbers, now more than ever institutional success hinges on broadening recruitment success (and fostering student success once students arrive on campus — more on that in the next blog post). Of particular concern, even as Hispanic enrollment rates converged on national averages, in the last decade We have lost ground in the share of black high school completers who attend college the following fall.

Third, while individual institutions may well increase enrollments through expanded recruitment efforts, from the perspective of higher education as a whole many of these efforts are zero-sum — the gains of one institution represent a student lost to another institution. This realization invites a touch of humility. More often than not, the strategy for dealing with declining student pools with greater recruitment success implicitly assumes that my institution will effectively beat out others. And if most institutions are making this same bet, it seems likely that more than a few of us will be wrong.

Finally, we might imagine breaking free of the decline in domestic students by increasing international enrollments. According to IIE, the The number of international students studying in the US has increased by more than 75 percent in the last decade to over 1 million students today. However, a closer examination shows that the The number of new international student enrollments has dipped in each of the last two years, with 2017/18 numbers falling 6.6 percent below 2016/17 totals. With the rise of competing institutions in China and India, we may not be able to count on expansion in this market.

Given these limitations, success in recruitment efforts will require significant creativity. The College Board has been experimenting with a new tool designed to identify students who might otherwise be overlooked. The Environmental Context Dashboard connects the admissions file with information on the applicant’s school and neighborhood.

In addition to sharing information about the test-score distribution of the applicant’s peers, the Dashboard taps into public data regarding the community in which the student grew up — information on family income, housing, educational attainment, family stability, crime, and more. . This information is summarized in an index of adversity intended to contextualize a reading of the student’s file.

For example, admissions staff may look very differently at an SAT score of 1100 when that information is framed by a context of significant barriers to success. As a result, a “bubble” applicant headed towards the rejection pile may instead be moved to admission. Initial results from a pilot study suggest that as many as 20 percent of files might have reached a different outcome when informed by the additional information.

Financial aid innovations are also likely to be important if we are to tap into truly new student groups. Income sharing agreements (ISAs) like Purdue’s Back a Boilermaker are one attempt to rethink aid models. While some critics worry that this market-focused approach will exacerbate a number of inequities, by connecting aid repayment to income, students shift risk from their families to the institution or foundation granting the ISA. Because income risk is likely to present a greater deterrent to low-income students as they contemplate post-secondary education, ISAs might offer one way to reduce barriers to enrollment.

If income risk is a hurdle keeping some students from attending college, Education Insurance Corporation (EIC) pushes the idea to its logical fundamental question: Why don’t institutions insure the earnings of their graduates? In exchange for an insurance premium paid by the institution, EIC proposes to guarantee incomes (conditional on field of study) for the first five years after college completion.

The labor economist in me sees all kinds of potential concerns for such an insurance business. I expect we would see a good number of students who are interested in lower-paying fields decide to complete degrees in higher-paying fields — not because they plan to work in those fields but because degree completion locks in a higher guaranteed income level under the insurance contract. In addition to the stress this will place on the insurer (and I am sure EIC is thinking hard about such moral hazard), these incentives raise meaningful questions related to institutions’ educational missions.

While I am not endorsing this (or any of the other innovations described above), I am endorsing creative and nimble innovation in recruitment practice. It is unlikely that past recruitment practices implemented with greater efficiency will yield the necessary increase in attendance rates required to offset declining student numbers.

More broadly, recruitment alone is not likely to be sufficient to avoid enrollment declines in the coming decade. So, next month I’ll look at how schools are preparing for a tighter student market by engaging the campus community beyond the enrollment management office.