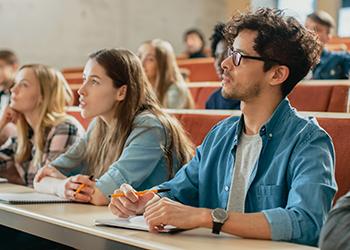 In our first blog, we noted that each potential solution to the problems of accreditation created further questions that are themselves challenging to address. So, this is where we must begin: Simple solutions, in fact, are never that simple to actually implement. Although there are cases to be made for knavery — or simple ineptness — in this contested space, it is imperative to recognize how incredibly complicated and messy accreditation is.

Indeed, accreditation is as complicated as the system of higher education it attempts to oversee. Take the accreditation agencies themselves: There are hundreds in the US, with some working with only a handful of institutions while others are responsible for more than a thousand. Accreditors target different kinds of institutions and different kinds of academic programs. Some work in just a couple of states and others work nationwide. And they have surprisingly different histories and relationships to federal student aid. For some, federal aid was a late addition. Others started with aid as their first order of business. And a rather large number are not involved in federal student aid at all.

The system of higher education that accreditation attempts to oversee is even more complex. Unlike in many other countries, there is no national ministry of education in the US that can determine or dictate higher education policy across the country. Institutional types vary widely: there is the diverse public sector, a large private sector including religious or secular nonprofits, and for-profits owned by publicly traded corporations, venture capitalists, or individual proprietors.

And, the role of the other two partners in the traditional triad of higher education oversight — the federal and state governments — is also complicated. While the federal government takes a one-size-fits-all approach that deputizes accreditation agencies to provide the sole path toward federal student aid, the states take widely different approaches, from tight control and accreditation requirements, to a looser approach that allows institutions of higher education to operate with limited external oversight.

Given the range of accreditation agencies, alongside the variety of institutional types and their governing authority, the consequences of reform initiatives are often unpredictable and unintended. As a result, accreditation has become a very messy solution to the problem of quality assurance in the US. It is a product of incremental decisions over time, interpreted and implemented differently as states and government interests and capacity have shifted, and as the system of higher Education has grown and changed. Although re-shaping accreditation to adapt to new roles, institutional types, and policies made sense at each choice point, it turned out to be much harder to anticipate what the final result would look like. Simply put, this is almost certainly not the system one would design if starting from scratch.

But we are not starting from scratch.

No matter what, we still need to evaluate the quality of institutions and education providers — many of which have a range of activities that extend far beyond the personal experience of any peer reviewer, policymaker, or member of the public. We need to consider issues of local, regional, state, national, and global importance. We need to consider the eventual employers of the educated graduates while being mindful of matters concerning institutional autonomy and governmental control. There are questions of accountability, of stakeholder interest, and of proprietary information. And don’t forget the financial realities of students, institutions, accreditors, investors, and taxpayers. We can think of accreditation as a wicked problem: difficult or impossible to solve because of incomplete or contradictory knowledge, and the interconnected nature of the problem with other problems. And, seeing accreditation as a wicked problem, we are sure that consensus on solutions will surely be elusive. Indeed, we don’t even have consensus on what the problem is!

Changing accreditation in this complicated and messy system is quite a challenge. As we said in our last post, it is like playing at the end stages of a Jenga game. Although appealing in simplicity, one cannot just pull out one block, push one strand of reform, without impacting many interconnected parts. It may be tempting to try to win with your preferred reform, or to just knock the tower over and start again. But if we are serious about getting reforms to work within such a messy and complicated system, the devil is in the details — and each block really matters.

The diverse perspectives on reform show nearly intractable disagreement based on different perceptions of how the accreditation system works and varying understanding of the system of higher education itself. Is the problem in the arbitrary requirements emanating from the Department of Education or in the policies designed by accreditation agencies? Does the Department of Education need to design new requirements for experimental initiatives or should (and can) accreditation agencies develop the capacity to evaluate programs offered outside of higher education institutions? Reform is clearly needed, but in this contested space, different parties disagree on what changes will shore up the system or instead bring it closer to collapse.

How, then, can we approach reform? In a system that is messy and complicated, such as is higher education accreditation today, it will be essential to design reforms based on a better understanding of the source(s) of the problem. We have no illusions about getting everyone on the same page. But we do need some consistent accounting of what issues we are trying to solve and how various reforms will interact and impact the system as a whole.

It’s not that there is right and wrong here. But without some common understanding of what is really wrong with accreditation, we can be reasonably sure that solutions will be elusive — and that our well-intentioned actions for reform will be good candidates for becoming the source of new problems.