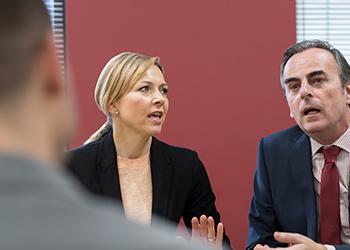 Conflict abounds. The political, cultural, and social landscape seems more fractured by irreconcilable differences in perspectives and values ​​than any time in living memory. Our workplaces, classrooms, and academic environments are no less susceptible to these realities. There are no easy solutions, but there are choices about the role we play. Do we contribute to escalating tensions or help others work through tensions to find common ground? Is taking sides more important than stepping back to foster understanding, engage in problem-solving, and collaborate to achieve common goals?

Where are the facilitators, conveners, mediators, bridge builders, and peacemakers? Here is an idea: Perhaps you are such a person. This may sound too noble, but think about how serving in such a role in your field, discipline, or profession could make a difference to the individuals and groups you serve or with whom you interact. The skills, traits, and qualities embodied in such roles could, in fact, make the difference in opportunities you receive for:

If we agree that the conflicts around us are significant, we can agree that the need for facilitators, bridge builders, and similar roles is just as significant. You may not be known formally as a convener or mediator, but that is essentially what you are. It is certainly something employers value. So, what does your resume say? Here are essential traits for such roles, whether or not your resume lists them explicitly. I refer generically to the role of “facilitator” in this discussion.

There are many more skills and traits I could discuss, such as listening, interpersonal competence, capacity to discuss culturally sensitive topics, being vulnerable and self-effacing, promoting dialogue over debate, and coaching others through conflict situations. There is an ever-growing need for individuals who possess the skills and attributes of facilitators, mediators, conveners, and similar roles. Strive to develop them. Embrace the opportunities that await you if you are willing to transcend the conflicts that take hold of others and be the source for releasing their grip.