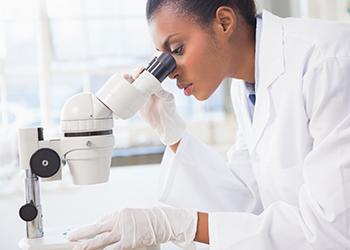 Universities were created to be places where people learn and educate together. But a UK survey has found 46% of researchers feel lonely at work. Social isolation is particularly common among early career academics — 64% of Ph.D. Candidates report such feelings.

Spending time alone can be more difficult for some people than others — but isolation should not be confused with solitude. Solitude is the positive and fulfilling experience of being alone. Isolation, on the other hand, is a negative feeling — related to an involuntary perceived separation. And isolation can have a serious impact on well-being.

Research shows that 40% of academics, and more than half below the age of 35, view isolation at work as the main factor affecting their mental health. And many academics turn to counseling to learn ways to cope with emotional distress.

In universities, isolation pushes academics into distress, with many abandoning theirs research careers. Early career academics are particularly affected by isolation, because their jobs are not secure. But without this new blood and fresh research ideas, it could mean universities innovate less.

The Isolated Academic
Our researchwhich was carried out together with colleagues at ten universities around the world, found academic isolation can take many forms. For four years, our research followed a group of early career educators, looking into the various forms of isolation felt by the group and the strategies used to overcome them.

We discovered some educators feel geographically isolated, while others feel socially isolated when they cannot make meaningful relationships with others in their fields. We also found evidence that some academics feel they do not have the cultural and technical knowledge to participate in the global conversations of their field.

All participants in our research reported having to deal with at least one form of isolation in their careers. And as such careers become more globalised, educators find themselves increasingly competing against each other — which often worsens their feelings of isolation.

The need to remain competitive in the global arena has forced academics to focus on developing skills and following a research program That echos what those working at top universities are doing. These universities may be considered the centers of knowledge in a research field. But these places are often far removed from everyday life at other universities. This directly impacts isolation, as academics often do not know how to engage with these distant centers.

Similarly, the last Research Excellence Framework — the system for assessing the quality of research in UK higher education institutions — classified publications co-authored by two or more academics from the same department as a single publication. This practice encourages researchers to collaborate with members of other universities, promoting competition between departmental colleagues rather than collaboration.

Because of this pressure to perform, academics often feel obliged to disengage from potentially energizing relationships with local colleagues and friends. This is because of a fear it may damage their productivity or prevent them from reaching their goals.

Fighting Isolation
Our research also found that academics recognize that isolation is an important challenge to their well-being. And many are making significant efforts to reduce it — by developing individual and collective strategies to better integrate into their research communities.

These strategies make them feel more empowered and less isolated. We found evidence of academics networking wildly or making a point of attending regular social events to gain more visibility. We also found that some academics go out of their way to create online social groups and training clubs — inviting other academics to connect and present in their special online seminars. And many academics also join large teams on research projects as a way of fighting isolation.

Our study also found that academics who engaged in these strategies felt better able to manage their academic performance. And that they also felt more empowered and better integrated in their research community.

Better Integration
Some universities have started taking the issue of academic isolation seriously — and have started initiatives to try and help academics feel more connected. These include setting up writing retreats, policies of office attendance, away days, and mentoring. But while this is all well and good, this is not the case for every institution.

To really tackle the issue overall, higher education needs to be more radical. Reforming the organizational setup would help address the underlying sources of isolation. This could involve making universities themselves more inclusive by creating systems for assessing collective rather than individual performance.

This could also involve making global research communities more inclusive. To do that, research associations should organize their communities around multiple diverse regional centers so everyone can gain easy access to community life. Making diversity a core value also ensures everyone feels welcome. Creating roles for all levels of experience can also help integrate.

This is important because universities are centers of learning. And they set examples for the rest of society — well integrated academics help to create well integrated students.