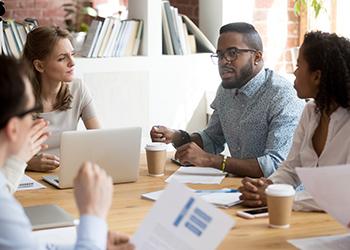 Civility is essential for fostering inclusive, safe, and engaging workplace environments and supporting employee effectiveness and productivity. It makes good business sense and contributes to employers’ bottom line. In contrast, employers risk liability for unfair employment practice claims, experience diminished employee morale and increased turnover, and may experience damage to their reputation and employer brand, to name just a few consequences, when incivility and related actions like bullying and harassment go unchecked.

This is my take on civility, as I have suggested in previous articles on civility and bullying and in a webinar. Yet, as I seek to foster civil workplace environments in my work, I encounter doubters who suggest that civility is an outdated notion. Some even suggest it is harmful. They argued:

Civility suppresses speech. A call for civility may be perceived as suppressing free speech. Yet, even in the workplace where employers may regulate conduct and speech in the interest of furthering business goals, calls for civility can be viewed as dampening the general spirit of collegiality and informality that many employers seek to promote as part of their employee engagement efforts.

Civility is oppressive, particularly to underrepresented groups. Efforts to promote diversity, equity, and inclusion require meaningful dialogue on issues related to social identities, social justice, privilege, systemic discrimination, “isms,” and many other issues. These are not easy conversations and require vulnerability, trust, and “saying what needs to be said.” When calls for civility around such conversations come from institutional leaders, they can be perceived as attempting to suppress the marginalized and underrepresented voices that they purport to want to hear.

Civility is draconian, often used to impose manners and punish violations. Some equate civility with manners and conclude that a call for civility must mean adherence to some sort of code of courtesan etiquette. While etiquette and manners are an aspect of civil conduct, workplace civility involves much more. Nevertheless, civility can be perceived as an attempt to enforce behaviors that general conduct policies don’t otherwise cover and impose punitive measures for failing to model standards of conduct that aren’t clearly defined or that are outdated or old-fashioned.

While I don’t agree with these arguments, I acknowledge the concerns. Civility is not inherently suppressive, oppressive, or draconian, but how it is promoted and implemented in the workplace can leave that impression. To mitigate these impacts, consider these suggestions:

Understand how subtleties, nuances, context, and cultural influences affect perceptions about civil conduct. Is speaking with a raised voice or in a direct fashion uncivil, or is it simply how an individual communicates based on cultural influences? Is a person’s style of interacting with others rude, or simply awkward and off-putting? Is vociferous and unproductive complaining in a team meeting treated the same as similar conduct in a private meeting where an employee expresses legitimate frustrations to a supervisor? Do appeals to speak civilly put individuals from underrepresented groups on notice to not express their true thoughts and feelings? Are they, in fact, microaggressions telling them to “shut up and stop complaining?”

Before attempting to speak about civility for your organization, much less define it, be sure you understand the dimensions involved among diverse stakeholders who interpret civil and uncivil conduct and language differently. If you demonstrate this depth of understanding, you may find others are just as interested in talking about and exploring ways to foster civility as you are, provided conversations incorporate rather than dismiss their perspectives.

Discuss and define “civility” carefully and inclusively. If you are considering a more intentional focus or campaign on workplace civility, or creating an organizational values ​​statement concerning civility, don’t move too aggressively until you’ve seriously considered the suggestion above. Be sensitive to these variances and communicate a desire to work collaboratively on an approach that fosters civility in a way that embraces the diverse and inclusive culture you seek to develop. Avoid top-down approaches that impose definitions of civil conduct on others, thereby reinforcing a hierarchical, traditionally privileged, male-dominated ethic to which others must abide, and favor instead inclusive processes that ensure a conversation and values ​​statements that all can embrace.

Create space and context for necessary and difficult conversations that are not constrained by outdated notions of civility. I shared examples in previous articles of spaces and places where individuals are encouraged to speak freely and share their concerns and perspectives on difficult issues without having to guard their tongue for the sake of civility. Mediation, intergroup dialogueand essentially any conversation utilizing effective dialogue principles can allow for open sharing where language and the manner of communicating may appear to push the envelope of civility in contrast to other professional settings. We are not abandoning civility, but confirming that speaking one’s truth or to one’s deepest needs, interests, and values ​​should not be sacrificed to undue mindfulness about civility. Such settings aren’t slug fests nor intended to promote personal attacks and inherently rude behavior. They simply put a context to what “civility” means and how it may differ, given the nature of the interactions involved.

Don’t “enforce” civility. Some institutions of higher education have incorporated values ​​statements that reinforce the value of civility and civil conduct while reaffirming free speech and expression. Examples include IUPUI, Purdue Universityand the University of Chicago. Such messages promote civil speech and interactions without demanding them and, in fact, acknowledge the right to speak freely, even when messages are uncivil, even hateful. In the workplace, uncivil conduct is otherwise regulated by standard employee conduct policies. General messages and statements of civility should not be used as tools for punishing uncivil behavior, but as reminders of the importance of civil speech and interactions as the best means for fostering supportive and inclusive learning and working environments.

Don’t tolerate what is clearly uncivil. In the workplace, we expect leaders and administrators to promptly address rude, offensive, and culturally inappropriate language and behavior directed against others or within professional settings. Yet even in the broader organizational context where hate speech and racist diatribe must be tolerated, such as controversial speakers on campus, leaders can counter such messages by reinforcing institutional values ​​involving inclusion, tolerance, and civility. Institutions and their leaders must clearly define their limits beyond which they will not tolerate uncivil conduct, and act accordingly.