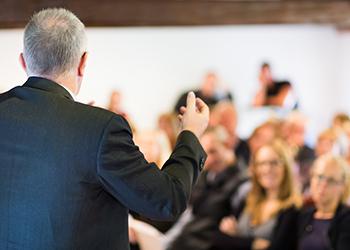 Judicial rulings, as we all know, have circumscribed the Platonic notion of free speech. As an example, speech is not protected if the speaker intends to incite a violation of the law that is both imminent and likely. Maliciously shouting “fire” in a crowded theater is a hoary example of speech that is not protected.

Almost daily we read of a campus and presidents embroiled in a controversy over freedom of speech and freedom of assembly. Presidents and other administrators insist on freedom of discussion and expression of alternative viewpoints as an essential component of academic freedom and intellectual vitality. Simultaneously, they often seek to abjure particular views while insisting that the views are entitled to be heard, read, or seen despite what they view as their malicious, hostile, racist, or sexist content.

Campus leaders work hard (and often at great expenditure of money) to provide safety for speakers and their audiences, to provide all an environment that promotes discussion, dissent, debate, and civility. John Stuart Mill is often cited: “If all mankind minus one were of one opinion, and only one person were of the contrary opinion, mankind would be no more justified in silencing that one person than he, if he had the power, would be justified in silencing mankind.” Students of freedom of speech are quick to include that Mill also argues that freedom of speech can be limited when it causes a direct and clear violation of rights.

Your new best friend when you find yourself confronting issues of speech or action, as we wrote in a prior blog, is your general counsel. She or he can help think about how to define such ambiguous words as: imminent, likely, direct, and clear. Your general counsel will know what strategies and tactics have worked and what has failed on other campuses. There’s no single template — there are lots of right answers and lots of wrong answers.1

Your freedom of speech is constricted by far more than speech in general. Your face and voice are those of the institution too — they don’t belong just to you and you can’t pretend that an utterance of yours won’t be taken as the institution’s position no matter how hard you insist that it isn’t t.

We are informed less by traditional media, which has the leisure to undertake fact-checking, analysis, and ferret out nuance before publishing or broadcasting; We’re informed by social media and the 24-hour news cycle, which value speed over accuracy, and have little self or institutional capability to censor or caveat any claim no matter how outrageous. Doubtless, a few people on campus, some on your board, and among your alumni and donors do not share your views and are eager to discredit you despite your best efforts to include them in your deliberations and cultivate them. Don’t stop trying. Keep your friends close and your enemies closer.

Often you’ll have to resist rushing to judgment — gossip runs faster than fact; sensation faster than reason. Stakeholders and observers will demand action; Refusal to comment or commit will be perceived and reviled as weakness or acquiescence.

Often, too, you will have to speak or act knowing that all your utterances and gestures are public. The microphone is always turned on. So is the camera: grin, and you’ll bear it; grimace and expect that to be the picture accompanying the story. Groan and all will hear it. One of the authors of this blog appropriately instructed baccalaureate graduates at the campus commencement ceremony to move the tassels on their mortarboards from right to left. Then, thinking the microphone was turned off, said to the Dean standing next to him, “that’s what I hope happened to your politics while you were here.”

Irony is futile as a means of classroom instruction. It’s dangerous for presidential comments to an individual, a group, or in a public forum. Stories, particularly self-deprecating ones — are useful. Wit works sometimes, jokes usually don’t.

Think of yourself in being read your Miranda rights by an officer of the law: “Anything you say can be held against you.”

We’re not advising you not to take stands on controversial issues, nor to hide from internal or external appearances or scrutiny: far from it. We are advising you to measure twice, cut once. If you don’t have a response to a question or challenge, don’t just say “no comment,” talk about what you are doing to get to the truth, to the heart of the matter. It’s not the crime, it’s the cover-up that brings people down. Stand up for and exhibit the principles of free inquiry, freedom of speech and expression. Acknowledge that all falsehoods wound, that some words and ideas are hateful to individuals or groups, and some actions despicable and a violation of the basic values ​​of academia. Encourage your faculty and staff to do likewise.

Be known for forthrightness rather than known for always thinking of yourself as right. You may well be, but it’s not a reputation that will serve you well.


1 Legal scholars have pointed out that the Constitution may apply differently to State institutions than to independent institutions particularly as to free speech obligations.