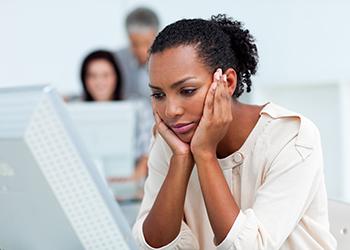 For all of you July 1 start-of-the-fiscal-year hires, you are coming up on day 90 of your new job. My mother had a saying, you don’t know a new friend, new love, new colleague, or new boss until you’ve spent 90 days together. I recall my first job out of college and the day that I came home after my first week of work and told my mom about my amazing new boss. I talked about how she was kind, funny, smart, and a champion of women leaders. Mom’s response, “just wait, too soon to tell.” Because my mother’s 23 years in the workplace could not compare to my 23 years on the planet, I dismissed her cautionary reply as yet another example of how she was out of touch with today’s junior executive! Sure enough, I later found that the gregarious talent who I looked up to in the workspace had one human moment after another, and one by one, each of my adjectives was shattered. The first to go was “kindness” when I heard her berate an employee behind their back, making not so “funny” comments about her weight to another manager (there goes that champion of women leaders award). Not only was my boss “smart” in a business sense but she had a “smart” mouth too that could cut you down in record speed using language that would make a Navy Chief blush. Of course, I learned all of this after week one but before day 90.

While I didn’t appreciate my mother’s advice at the time, her counsel was wise. What she was really trying to say was manage your expectations; keep your mouth closed and your eyes open. Her hypothesis: people are incapable of consistently holding a ruse for longer than 90 days; it’s just too tiring. I learned just how taxing it was when I tried it myself on a personal level. It was quite clear by the second month of my marriage that I could no longer maintain the ruse with my husband that I had the slightest interest in mixed martial arts. I fell off my pedestal, the marriage survived, and now I can happily binge-watch Game of Thrones while he sits nearby lost in his version of “elite combat.” The transferrable lesson here being, even if the job is not what you thought it was or the people aren’t who you thought they were, it can still be great.

As you come upon your 90-day mark and realize that you have learned some things about your new employer, conversely, they have realized some things about you. What’s scary is that they may realize some things about you that you haven’t quite realized about you, or at least aren’t ready to admit to yourself. I’ll save that topic for another day but suffice it to say that this might be an opportunity for self-reflection and growth. Right now, let’s focus on what you have learned about them and how you are processing that information, particularly if you are not having a great experience. In large part, how you process your new realities may be oversimplified by these three classifications: you as an optimist, pessimist, or realist. If the glass is half full, you’ve probably already talked yourself out of believing that what you saw is what you saw and into believing what you heard must have been misunderstood. If the glass is half empty, you may have already read nefarious motives far and beyond what was really meant by the events stored within your memory. If you consider yourself a realist, then perhaps you have taken a more balanced approach and landed somewhere between “Nightmare on Elm St.” and “Mr. Rogers’ Neighborhood.” This pop culture reference means that you are considering, is the good, good enough for me to settle in or is the bad, bad enough for me to start planning my escape. Before you decide, consider these three things: