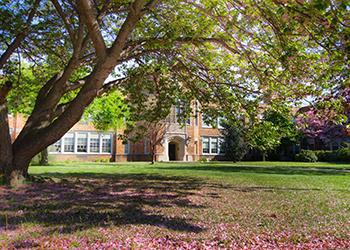 Small colleges and universities are able to flexibly adapt to social and market conditions. However, they are limited when it comes to financial and human resources due to their size. In order to maintain their innovative nature while increasing their capacity to serve students and staff, many schools are creating consortia. In this month’s interview, Andrew Hibel spoke to Mick Weltman, executive director of the Associated Colleges of Illinois, about the goals of the organization, the benefits of consortia for colleges and universities, and the future of independent colleges.

Andrew Hibel, HigherEdJobs: Mr. Weltman, please provide us with some background on the Associated Colleges of Illinois (ACI), the goals of the organization, and how your role helps accomplish those goals?

Our goals are to increase scholarship support to underserved students, improve retention rates with freshman underserved students, grow professional development programs for staff, and better publicize the value of this type of education around the state. As executive director, my most important role is to grow our fundraising and ensure all the pieces fit together and are working towards the goals.

Hibel: Why have consortia of colleges, like ACI, been so important to institutions of higher education?

Weltmann: There is power in numbers and this is especially true of small consortia like ACI. We represent more students, 25 schools throughout the entire state, and greater diversity. All of this allows ACI to raise more scholarship dollars with foundations, corporations, and individuals than a single school acting on its own. In addition to support, consortia can help facilitate meetings and discussions for member colleges and universities so they can help learn from one another. We facilitate those conversations with our presidents and professional staff as well.

Hibel: According to ACI history, since 1996, when Associated Colleges of Illinois first launched its College Readiness Program, “ACI and its member colleges have designed and implemented working solutions to help more low-income, minority, and first-generation students graduate high school and successfully complete degrees at ACI institutions.” Please explain the type of solutions designed and how the ACI has been achieving these goals over the years.

Weltmann: Although our programs no longer focus on high school students (there are many other organizations doing that work and doing it better than we can), our focus, described in our mission, is “helping underserved students succeed in college, career, and life. ” Once in school, our focus is helping them remain and graduate. Financial support is a key as described elsewhere but so is the other support needed throughout their matriculation. Support provided through our Peer Mentoring Program helps these students navigate their critical first year. In college, small classes and individual attention provide strong educational support. And to help with the career transition, ACI provides an annual Career and Internship Fair and job and internship postings. We’re planning a new program that will be a series of three Saturday boot camps held throughout the state in resume writing, interviewing skills, and basic financial literacy — all designed to help the students in their next phase of life.

Hibel: Increasing graduation rates among low-income, first-generation, and students of color is a high priority for ACI member schools. One way this is being accomplished is through the “Peer Mentoring Program.” Please tell us about this program and its success.

Weltmann: ACI’s Peer Mentoring Program supports students who arrive at ACI member campuses with risk factors that could hinder their efforts to stay in school and graduate. To counter those risks — from financial and educational inequities to lack of family experience with higher education — ACI matches these freshmen with trained peer mentors (juniors or seniors who are also underserved students) who faced similar challenges when they were freshmen. By building a “relationship bridge” between mentees, mentors, the campus community, and its support services, ACI’s Peer Mentoring Program provides an early warning system that can anticipate and address the specific challenges these students face — before those challenges derail a student’s college. career

Key ingredients for the program are that peer mentoring is one-on-one; it’s based on personal relationships vital for college success; peer mentoring groups are small with a program director; and, we provide scholarships to peer mentors and grants to mentees. This fall, ACI’s Peer Mentoring Program will serve 156 students, including 130 mentees and 26 mentors, at 11 member colleges and universities.

Hibel: According to a Report from the Council of Independent Colleges (CIC), innovation at independent colleges is crucial. The report highlighted areas as: athletics, career planning, community engagement, consortia arrangements, cost containment, curricular reform, new academic programs, and new student populations. Why are these areas, in regards to innovation, so important at independent colleges?

Weltmann: Innovation is especially critical at smaller independent colleges and universities with resources (financial, human, and other) more limited than the larger public institutions. That said, smaller, independent colleges are more agile, able to adjust to market and social conditions far more effectively than larger institutions. All these and other qualities fit with the mission of independent higher education, which focuses on the individual and lifelong learning.

Weltmann: Connections are key. We connect industry with member colleges and universities, which small schools would be challenged in doing on their own. We foster discussion among college leaders and practitioners so they can learn from each other. We highlight and report innovation to new audiences. Because our schools are smaller and independent, but work within a network, we can move more quickly and creatively. The bottom line: ACI is composed of smaller, more independent schools that recognize that greater innovation will come from working together through consortia.

Hibel: Independent colleges focus on the importance of liberal arts education. According to an article, “Degrees in business, finance, and STEM fields are, of course, vital to the economy, innovation and more. But without the skills central to liberal arts — for which there is an even more universal need — the economy would stop just as suddenly.” What are your thoughts on how society needs to approach the importance of liberal arts education at colleges and universities?

Weltmann: First, we prefer to use the term “liberal arts and sciences.” We think of liberal arts and sciences as an investment in lifelong learning and skill development, rather than training for a job that might not exist in the future. We must highlight success stories/skills that help people become leaders in the workplace and the community. Our member schools work to develop “thought leaders” rather than just people who are solely technicians. Our type of education trains students not only for their first jobs (which we can define) but their fourth, fifth, and sixth jobs (which we can’t define today because the jobs may not yet exist!). Whereas technical skills needed are subject to change, the ability to communicate, collaborate, and solve problems remain timely and universal.

Hibel: If you had the ability to look into the future, what changes would you expect in the area of ​​STEM education and how can ACI and other independent college consortia anticipate and work with these potential changes?

Weltmann: Success in the modern workplace requires expertise in technology but, equally, it requires non-technical skills as much and maybe more. We can’t predict the technological changes coming but we can predict that needs in the workplace that our education provides (communication, creativity, collaboration, and more) will continue and grow in importance. We quote Steve Jobs in our brochure who says technology alone is not enough. “It’s technology married with the liberal arts, married with the humanities, that yields us the results that make our hearts sing.” So, our hope is to see technology as part of a bigger picture, not as the only focus. That is the key ingredient for success.

Hibel: What keeps you engaged in working with colleges and universities to help in fostering the success of students?

Weltmann: I have a great passion for this work, the type of education we provide, and the impact we’re having. I remember a quote from HG Wells that “civilization is in a race between education and catastrophe.” Civilization requires sharing wisdom and knowledge from one generation to the next. But it’s also about sharing beauty, joy, curiosity, the things that not only make a successful career but make a successful life — all those things that our schools provide. This is why I’m passionate about our work.