by Timothy R. Bussey, from 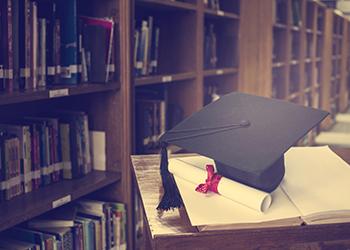 The PROSPER Acta bill to reauthorize and overhaul key elements of higher education law, could be brought for a vote in the House of Representatives any day now. Even so, the actual level of support for the PROSPER Act is still largely unknown. A number of groups, ranging from bipartisan officials, educational leaders, veterans groups, and even the Pentagon, already oppose it.

However, few have discussed the potential impact of this bill on queer and transgender students. As both a scholar and college administrator with a focus on LGBTQ issues, I’ve highlighted three ways that the PROSPER Act could impact this group.

It could make college less affordable and accessible for LGBTQ students.
The PROSPER Act would change a number of things regarding college affordability. For instance, it would discontinue interest subsidized student loans from the government and eliminate Income driven repayment plans, which are meant to make monthly student loan payments more affordable. It would also weaken some consumer protections relating to for-profit institutions. Given what we know about economic insecurity within the LGBTQ community, this could have a dramatic impact on access to higher education, particularly for queer and transgender people of color.

According to the National Center for Transgender Equality’s annual “US Transgender Survey,” transgender people of color are three times more likely to be living in poverty, compared to the rest of the US population. Moreover, roughly 38 percent of survey respondents had a household income of less than $25,000 annually. The report also noted that more than 50 percent of respondents had no college degree.

Of course, systemic societal factors have already created barriers for transgender Americans. However, the restructuring of repayment plans under the PROSPER Act may further diminish accessibility to college for this population.

It would create a path for religious freedom exemptions for some institutions.
As noted by others, the PROSPER Act’s language could enable religious colleges and universities to circumvent some existing non-discrimination laws and policies. This also comes at a time when some of these institutions are already grappling with how their policies fit into a changing legal landscape for LGBTQ rights under Title VII of the Civil Rights Act of 1964 [link removed no longer active] and Title IX of the Higher Education Amendments of 1972 [link removed no longer active].

The PROSPER Act would allow such institutions to be protected from punishment for acts that are “in furtherance of its religious mission.” As such, the bill has been actively supported by numerous religiously affiliated groups [link removed no longer active]including controversial ones like the Family Research Council.

It could discourage reports of sexual assault and harassment on college campuses.
Finally, the PROSPER Act allows colleges and universities to set their own standards of evidence for disciplinary proceedings that involve sexual misconduct. By doing so, the PROSPER Act could have a chilling effect on survivors of sexual assault coming forward. This is especially troubling for LGBTQ students.

More specifically, the Association of American Universities has noted that transgender students — at both the undergraduate and graduate levels — are disproportionately affected by sexual assault on college campuses. In addition to this, instances of sexual assault are still severely underreported.

To grant institutions so much leeway [link removed no longer active] in setting standards of evidence could result in some campuses gradually shifting support away from survivors of sexual assault. Such a change in campus climate might then also discourage students from seeking resources by reporting sexual assaults.

With so much opposition, the PROSPER Act likely has a tough path ahead. If passed, it could have a drastic impact on LGBTQ students. These concerns merit a conversation about the impact it could eventually have on queer and transgender students across the country.