by Janelle L. Williams, from 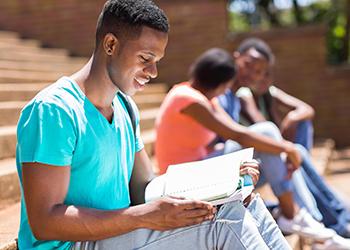 In 2017, historically Black colleges and universities (HBCUs) saw an increase in freshman student enrollment and substantial increases in enrollment for a small number of HBCUs, including North Carolina A & T State University, Kentucky State University and Spelman College. Anecdotal information alludes to the racial tensions in the United States, the current political climate under the Trump administration, along with the increased visibility of HBCUs as safe spaces for Black students as the stimulus for the increase in enrollment.

While research is being conducted to properly identify and assess the reasons for the increase, HBCU enrollment management teams can use existing research to keep the enrollment momentum going. Here is how.

In May 2018, a group of higher education professionals came together on Twitter to discuss the rising student interest in HBCUs. The online chat (#MSIChat), moderated through the Penn Center for Minority Serving Institutions (CMSI), sparked conversation on the value of an HBCU education and the college choice process. It also provided a space for HBCU alumni and practitioners to discuss ideas that HBCU administrators can use to increase student enrollment as they enter their 2019-2020 recruitment cycle.

Rethink Recruitment. With more than 5,000 institutions of higher education from which the college-bound student may choose, HBCUs are truly the minority with just over 100 campuses. As a result, HBCUs have to be intentional and active participants in the enrollment cycle as early as possible. Drs. Don Hossler and Karen Gallagher suggest the college choice process begins as early as the 7th grade, and targeted recruitment should begin at that point.

Since HBCUs do not have the resources to connect with students early in their academic careers, a modified model should be implemented. I suggest a model similar to the recruitment model used by the NCAA. Athletic recruiters begin to make contact with prospective students in September of their junior year of high school. Dr. Terrell Strayhorn, CEO of Do Good Work, LLC, commented that during the decision-making years, recruiters could host events like “HBCU for a Day,” inviting students to campus to get a full HBCU academic and cultural experience. HBCU for a Day goes beyond a normal open house, immersing the student in the culture, ethos and principles of the institution. The early exposure could lead to essential pre-bonding with the institution.

The HBCU experience, like HBCUs, is not monolithic and differs according to each individual who has the experience. Stokely Carmichael has a chapter in his autobiography titled “Howard University” in which he writes, as he recounts his HBCU experience: “Howard presented me with every dialectic existing in the African community. At Howard, on any given day, one might meet every Black thing…and its opposite. The place was a veritable tissue of contradiction, embodying the best and the absolute worst values ​​of the African American tradition. Howard’s most egregious image in the African community was as an elitist enclave, a “bougie” school where Fraternities and sororities, partying, shade consciousness, conspicuous consumption, status anxiety, and class and color snobbery dominated the student body… Was this true? Certainly to some extent, but while this aspect was for some very visible, it was, give thanks, by no means the whole story…”

Empower Alumni. For institutions that have limited recruitment funds, there is an opportunity to utilize alumni. Alumni chapters can be useful to identify and recruit students outside of the normal target area. For example, Cheyney University of Pennsylvania, whose normal recruitment catchment area is Philadelphia, has an alumni chapter in Atlanta, Georgia that can serve as ambassadors for the university. If empowered to do so, the Atlanta chapter would be able to establish visibility for students who are unfamiliar with the university and answer questions for the parents, all while supporting the enrollment goals of the university. Imagine if each alumni chapter from each university had a goal to recruit, assist and support at least 10 students each year in the process of enrolling in their alma mater. Cheyney has 16 active chapters across the United States, which could equate to 160 full-time enrollees, almost 25 percent of their 2018 fall enrollment.

Admitted and accepted. Almost unanimously, each of the #MSIChat respondents emphasized that HBCUs are safe spaces that provide cultural accommodations, affirmative environments, caring professors, role models, and supportive peers. It is important for HBCU recruiters to convey that once the student is admitted to the university, the campus community will also accept the student. In 2015, Morgan State University posted “Welcome to Morgan State University, where Black lives have always mattered!” on signage around campus, affirming commitment to the student body. More recently, Grambling State University rolled out the campaign “Where Everybody is Somebody,” assuring status to the student body.

In 2009, Van Camp, Barden, Sloan & Clarke argued that “the most critical resource of any institution of higher learning is its human capital, and HBCUs are at risk of losing that.” Nine years later, enrollment is still a concern, despite a small number of HBCUs seeing increases. In 2018, Concordia College became the latest HBCU to close its doors, signaling the need for more to be done to address enrollment strategies for HBCUs. The height of the HBCU enrollment was during the HBCU “Golden Age” in 1930-1940 and then again during the 1980s and 1990s. With concentrated efforts, proper support, funding and commitment, 2020 should be the aim for HBCU enrollment teams to become the next HBCU Golden Age, enrolling the next generation of HBCU graduates.