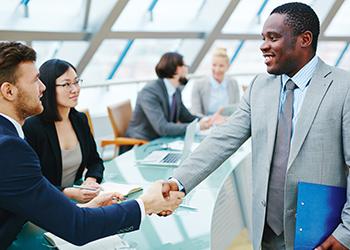 As hiring managers and search committees, we seek job candidates who present themselves well. Yet, are we as attentive to how we present ourselves to job candidates? What implicit messages do we send that tell candidates we don’t take them seriously or aren’t as inclusive, diverse, and welcoming as our mission statements claim?

Any candidate may be the recipient of such messages but women, people of color, and other candidates with diverse identities and backgrounds are particularly vulnerable to implicit and generally negative messages that they are considered “less than” or, even when viewed favorably, unexpectedly out of the norm for their group. These are “micro-inequities,” which, as defined by MIT conflict management expert Mary Rowe, are “apparently small events which are ephemeral and hard-to-prove, events which are covert, often unintentional, frequently unrecognized by the perpetrator, which occur wherever people are perceived to be ‘different.'” A more virulent form of micro-inequities is “micro-aggressions“which “communicate hostile, derogatory, or negative messages to target persons based solely upon their marginalized group membership.”

A short, but far from exhaustive, list of such messages that arise during interviews and campus visits includes:

Candidates may also be turned off even if they are not the direct recipients of such messages but witness them between and among individuals they meet during the search process, leading them to conclude they would be similarly treated upon hire:

Rejected candidates may also at times suspect, but never know, they fell victim to private deliberations in which seemingly innocuous comments and evaluations of their qualifications were pretext for excluding them from further consideration. For example:

As noted, these messages are implicit, frequently subtle, and often not consciously intended by the perpetrators. They are often the product of implicit bias ingrained from an early age and through life experience for which the perpetrator has not had the opportunity to learn about and reflect on their inappropriateness. This does not make them any more excusable. Consider these approaches to ward against perpetuating these messages either in front of or about job candidates:

Acknowledge and talk about implicit bias. It isn’t easy to discuss how our biases interfere with making objective decisions, but once we remove the threat and recognize that biases are part of being human, we can more safely discuss how our humanness causes us to favor individuals with whom we have an affinity and disfavor others. As your committee forms, have such conversation upfront or, more ideally, put in place processes for training committee members on implicit bias and prejudice reduction. Consider examining your implicit biases, such as taking Implicit Association Tests available at Harvard’s Project Implicit. An informative reference on this topic is Blindspot: Hidden Biases of Good People by Mahzarin Banaji and Anthony Greenwald.

Evaluate past practices and adopt new approaches and strategies. Examine where implicit bias and language has negatively impacted past searches and resolve to change. Think ahead as you plan a search and consider upfront, for example, who serves the coffee, who asks the diversity questions, and how “family friendly” may be expressed to embrace all regardless of sexual orientation, expression, or preference. Also, delegate beforehand who asks what questions and who responds to anticipated candidate questions, so there is more balance of participation among all committee members.

Be prepared to respond when implicit bias arises. Seek to counter committee member comments and actions that suggest bias. In private deliberations, be willing to inquire about comments and arguments that appear to reflect bias, such as CV and qualification nitpicking described above. Expanding your search committee to include individuals outside your specific department or work unit and engaging diversity advocates and equal opportunity representatives will help in this regard as they can raise concerns in a more disinterested fashion than department or team members may be able to manage.

Keep it positive at every step. Negative implicit messages can arise at any time. Subtle things like facial expressions, word choice, tone, and general affect make a difference. These messages can be reversed. Mary Rowe describes “micro-affirmations” as “apparently small acts, which are often ephemeral and hard-to-see, events that are public and private, which occur wherever people wish to help others to succeed.” Candidate evaluators should “inform their face” in order to provide a positive, welcoming affect and tone with every candidate. From airport pick-up to drop-off, they should desire the candidate to succeed in making his or her best case and adapt behaviors, actions, and messages to positively support the candidate at every step along the way