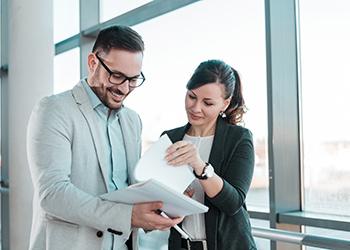 The saying goes, “You should never wake a sleeping baby.” Today, the average wage gap between women and men is almost 80 cents to the dollar. While it took more than 130 years for the United States to give women the right to vote, the country is going on 230 years without fair pay for women. If the “baby” is gender inequality in the workforce, the US has done an exceptional job of keeping the baby asleep.

In 2014, the Pew Research Center found that only 15 percent of women ages 40 to 44 were childless. According to the Women’s Bureau of the United States Department of Labor, 70 percent of women with children under 18 are currently in the workforce. The Department of Labor explains that one of the leading causes for the wage gap is due to men providing unpaid childcare at lower rates than women. The majority of American women earn one-fifth less than men. Moreover, women are taking care of the youth of our nation — for no pay.

We need a solution to this problem, and it needs to come from our American colleges and universities.

Higher education institutions should offer legal, economic, political and business coursework that will allow female students to advocate for themselves in the workforce, court system and politics. Colleges must include career development training that explores best practices for making sure that employers pay women fairly. Women need to learn interviewing skills that include salary bargaining. Women must learn legal procedures to fight against hiring practices that require candidates to reveal their former pay, which compounds the wage gap problem.

Women need a solid understanding of healthcare benefits and the Family and Medical Leave Act, which guarantees certain employees 12 weeks of unpaid sick time for personal or family care. Women need to know that in the United States employers cannot discriminate against pregnant women during the hiring process or in other aspects of employment. Women need to know how to argue on behalf of their sick days being used for childbirth. If sick days add up to extra retirement payouts or higher pension rates, women should know that they can raise this issue as a form of discrimination.

Women need to know what workplace authorities they can report sexual harassment and assault to, including in instances where employers offer sexual quid pro quo for salary increase or career advancement.

Women need to know who to lobby to in the local, state and national government to push for the passage of federally mandated paid maternity leave and an end to wage gap discrimination. Since the 1970s, women have outnumbered men in our nation’s colleges, so why are our higher education institutions not taking advantage of the opportunity to empower and educate these women, who are the future workforce and the mothers of our future college students?

Higher education institutions need to be leaders in creating wage equality and family-friendly workplaces. At present, academia may be one of the worst professions in this regard. Most working mothers in higher education find themselves in adjunct teaching positions instead of tenured positions. According to Mary Ann Mason, Nicholas H. Wolfinger and Marc Goulden in Gender and Family in the Ivory Tower: “44% of female tenured faculty were married with children versus 70% of male tenured faculty.”

Colleges need to look into their hiring processes to make sure that women, especially working mothers, are given equal opportunities for tenure-track positions. More mentors should educate female students on how to thrive in a career as a mother. In addition, colleges need to offer paid maternity leave for faculty members to recover from delivery and/or surgery, build breastfeeding bonds with their children and provide essential early childcare. After all, are we not in the business of supporting America’s youth? Finally, colleges need to offer childcare services and breast pumping facilities to help faculty members balance work and family life.

According to an article by Rebecca Ropers-Huilman and Kelly Winters published in the Journal of Higher Education, “Women have something valuable to contribute to every aspect of our world. … Since women as a group experience oppression, they have often been unable to develop their full potential or gain the related rewards of full participation in society. … This situation should change.”

By setting an example of just treatment towards female employees and creating general education courses that empower female students to fight for their rights in the workplace, colleges can be the change agent for gender equality in America.

The baby is awake now, and she will not be pacified until women gain equality.