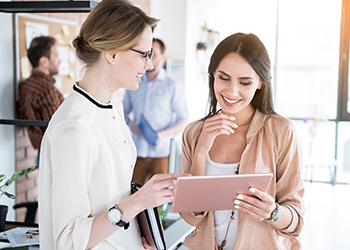 If you’re looking for a better job in higher education, maybe you should consider designing a new one. This doesn’t require chartering a new institution, leaving your current school, or even changing your job title.

Researchers have long considered the benefits of a concept called “job crafting,” the process of employees redesigning their own jobs to better suit their strengths and interests through a set of techniques that spark greater engagement and meaning. But how can this be put into practice on a college campus?

One of the three elements of job crafting identified by researchers, called “cognitive crafting,” was explored in a Previous HigherEdJobs article to help candidates reframe how they view their role to help them tell their story in a job interview. But this and the other techniques of job crafting — “task crafting” and “relational crafting” — can help employees change their existing job, and not just their psychological approach to their work.

The higher education workspace seemingly lends itself to forms of job crafting, where teaching, research, and stewarding students toward success are part of a knowledge economy, cannot be industrialized, and is more circumstantial than other technical pursuits. But even with a relative amount of leeway, job crafting may seem difficult to put into practice.

“Higher education often gives faculty and staff plenty of autonomy over their job descriptions,” said Justin M. Berg, assistant professor of organizational behavior at Stanford University Graduate School of Business and one of the leading researchers of the concept of job crafting. “But we’ve actually found in our research that formal autonomy does not always translate into experienced autonomy. People in relatively flexible jobs often overlook opportunities for job crafting because they get stuck in the day-to-day grind of their jobs. Crafting your job usually takes very deliberate effort.”

In a 2010 study published in Organization ScienceBerg and his coauthors conducted 31 interviews with employees, 10 of which were university lecturers, to see how they respond to unanswered occupational callings in an attempt to identify these deliberate job crafting efforts.

The researchers chose educators in the study because they expected them to have unanswered callings, defined as an attitude towards a specific occupation that is not part of one’s formal occupational role. They believed that the field of education often attracts passionate individuals with a variety of strong occupational interests; and, as potential job crafters, educators have relative flexibility in what curriculum they teach and how they teach it.

The university lecturers took more active steps to craft their job in pursuit of unanswered callings compared to other employees, associating these steps, or techniques, with two categories of pleasant psychological states: enjoyment and meaning.

The job crafting techniques used were similar to the three forms of job crafting identified in the research Berg conducted with Amy Wrzesniewski, from the Yale School of Management, and Jane Dutton, from the Michigan’s Ross School of Business: “task crafting,” retooling the activities included in your job; “relational crafting,” revamping your interactions with others; and “cognitive crafting,” reframing how you view your tasks and relationships.

“Carl,” a lecturer with an unanswered calling for academic consulting, used task crafting to take on administrative duties, generating new programs and designing sustainable curricula to give him a sense of meaningful personal achievement.

“Tom,” a lecturer with an unanswered calling for training language educators, is already tasked with training new lecturers, but, through relational crafting, he spent more time with them, asking questions to get to know the trainees and the issues they are having. .

“Gary,” a lecturer with an unanswered calling for music, uses cognitive crafting to approach his job as an entertainer in the classroom, making his classes more engaging for the students while also reaching the adrenaline he would get by performing with his band on stage. .

These participants shaped their lives at work to incorporate and emphasize aspects of their unanswered callings. According to authors in the Organization Science study, “Job crafting captures the ways in which employees actively change the behavioral, relational, and cognitive boundaries of their jobs to alter their experiences and identities at work.”

Managers typically standardize jobs for practicality and efficiency, but by job crafting through a bottom-up approach, employees can align jobs that match their motives and strengths and become more productive, which is beneficial to both the individual and the employer.

Job crafting does present challenges. What if you don’t have the capacity to add tasks to your current job? How can you convince your manager to change your job?

Educators made up a majority of the participants with additional callings, which resulted in intermittent regret and overload, but not as much frustration and less long-term regret compared to those with missed callings. Despite this challenge, researchers concluded, individuals can and do exercise agency to pursue unanswered callings even if it’s through leisure activities.

“Obviously, you can’t change everything, but we’ve found that even a few small changes can make a big difference,” Berg said, while also noting that job crafting helps organizations facilitate creativity and innovation because “it’s very difficult for a company to stay innovative if everyone’s job stays the same. We are creatures of habit, and organizations tend to be bureaucracies that impose order and consistency.”

Rather than just marching into your manager’s office with a list of demands, Berg, Wrzesniewski, and Dutton recommend a tool they developed called the Job Crafting Exercisewhich includes a workbook to help people create a “before sketch” of their current job and then an “after diagram” for a more ideal version of the job.

“We have found that it’s also a very useful communication tool,” Berg said. “People often take their actual diagram from the exercise to a meeting with their manager. The diagram helps them explain the changes they’d like to make and why they’d like to make them, which helps make the conversation less awkward and more productive. .”

And if the job is crafting still not the answer to a better job?

“Most people find ways to make their current job work for them, but sometimes it becomes clear that another job is the right path,” Berg added.

For a Job Finding Exercise, we recommend using our job search section.