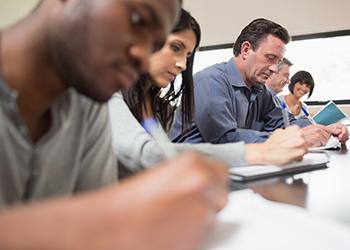 A new majority of college students are more independent than students in previous years, according to a report released today.

The Institute For Women’s Policy Research (IWPR) has released a new briefing paper [link removed no longer active] That indicates that college students are now more likely than not to be financially independent from their parents. A majority of this emerging demographic of students tends to be women and students of color.

Report findings shed light on shifting demographics at higher education institutions across the country, highlighting a subtle move from the “conventional” dependent student — “the 18 to 23-year-old student entering college directly from high school with the financial support of their parents,” according to the report.

As access to post-secondary education increases and some people return for degrees or certificates, IWPR researchers found that roughly half of independent college students — 4.8 million students — are parents of dependent children. Report findings also showed that two-thirds of independent students simultaneously work and attend school with a majority of students working at least 20 hours on top of coursework.

IWPR researchers’ findings throughout the briefing encourage higher education policymakers to keep in mind the realities that independent students live with such as having financial, work and family responsibilities combined with their educational opportunities. The report also reiterates the importance of educational and institutional policies that better target and support low-income students, students of color and non-traditional students to improve college access and completion for all.