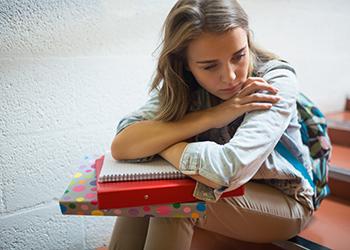 Many of us think of college as a wonderful time of new experiences and great freedom to explore new ideas and find one’s true self.

In recent years, however, Depression and anxiety have afflicted college students at alarming rates. As noted in the latest Center for Collegiate Mental Health reportanxiety and depression are the top reasons that college students seek counseling.

Research shows that nearly 1 in 5 university students are affected with anxiety or depression.

So why are these disorders so prevalent in our college students? As a professor of psychiatry and a practicing psychiatrist who has experience with mental health problems among college students, I see a number of factors.

Dangers in Technology
Social media and technology are among the most dangerous of these factors. Excessive use of each tends to engender Impaired social interactions and an increased sense of isolation.

Excessive social media use also fosters a certain competition between one’s real life and one’s virtual life. That is, a tug of war between being engrossed in posting experiences on social media, sending texts and taking selfies instead of enjoying the moment for what it’s worth.

Many college students are living dual virtual and real lives, and the virtual life is competing and at times becomes more important than real life. This is not only something that those of us in the trenches see clinically but it has been well-documented in research studies.

Several other studies have found that mobile phone addictionas well as excess smartphone use, is also associated with increased sleep disturbance, Depressionanxiety and overall stress.

For example, one Study found that almost 50 percent of college students indicated they woke up at night to answer text messages. The same study found that the more people use technology during their sleeping hours, the poorer the quality of their sleep and the higher their rates of depression and anxiety.

Seeking Out Drugs
But there are other culprits, such as the desire to get into a good college — and stay in college with good grades. To attain these goals, it is not uncommon for students and their parents to seek chemical assistance.

In the past five years, the number of requests I receive from high school and college students and their parents for stimulants such as Ritalin and Adderall has skyrocketed. A decade ago, I rarely, if ever, got such a request. Now, I get several per month. These requests are often made prior to taking major exams, such as finals, the MCAT or the LSAT. For those who are curious, I never acquiesce to these requests and instead recommend a comprehensive psychiatric assessment to make an accurate diagnosis and determine the most appropriate treatment, if one is necessary. The conversation often stops there.

While these medicines can be very effective and safely prescribed in patients with attention deficit hyperactivity disorder, there is considerable risk when they are used for other reasons. It is well-known that side effects from Ritalin and Adderall including anxiety and depression. This risk is even higher in people taking the medicine for an unapproved reason or who do not take the medicine as prescribed.

College students who reported being victims of cyberbullying in high school — which has almost doubled in the past decade — also had significantly higher rates of anxiety and depression.

College students with a history of attention deficit hyperactivity disorder also have much higher rates of anxiety and depression. It is estimated that between 2 to 8 percent of college students struggle with symptoms of this disorder.

Other Stressors
Moreover, while going to college can be exciting for many, for some the adjustment is hard with profound homesickness and separation anxiety. These students are at very high risk for depression and anxiety.

Financial stresses brought about by the rising cost of college, including the dread of debt and fear of not getting a job after college and having to move back in with mom and dad after graduation, are associated with increased risk for depression and anxiety in college students.

In the past, it was taken for granted that our children would surpass their parents. Now that is not so. Many college students believe that they will not be able to accomplish as much as their parents did. There is a sense of frustration and that there are no “good” jobs out there anymore.

Parents are also more involved in their children’s college and work experience. It is not uncommon for parents to call college counselors, bosses and work managers. Once that would have been absolutely off-limits. Now, this is commonplace.

Such parental over-involvement can foster dependence, anxiety and depression, and thwart creativity. I do not mean to blame parents who are concerned and who want the best for their children. However, sometimes failing or not getting an A on a test can be more instructive and instill a sense of resilience and the ability to “bounce back.”

So what do we do to curtail anxiety and depression among college students?

Help, Hotlines and Hope
Tough problems do not always yield simple, easy solutions. Having an insurance card, 24-hour helplines and hotlines can provide a false sense of security and belief that excellent care is available. However, one Study that looked at mental health service use in university students found that even when universal access to mental health care is provided, most students with mental disorders do not get treatment.

The good news is that if we are proactive there is a solution that is cost-effective and that can work, but only if there is buy-in at every level of the particular university and society.

And, ironically, while technology can be a source of anxiety and depression, technology can also be used to treat depression. That is, computers, iPads and smartphones can be used to virtually bring a mental health professional to the student where he or she is, be that in their dorm room or off campus.

The key is recognizing those at highest risk and who are most vulnerable early. Colleges have to respond on day one and confront the stigma that still follows those with mental illness. Training peer support groups is vital. This is not something to be done in isolation but under the guidance, supervision and training of experienced psychiatrists, psychologists and psychiatric social workers.

Most of all, students and parents need to know from the very beginning of the college experience that the physical and mental well-being of students matters. Colleges should let parents and students know that there are trained and qualified people who can help students at risk discreetly and confidentially.