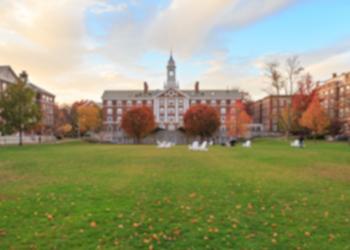 This fall has seen Another tragic death due to hazing. Maxwell Gruver, an 18-year-old Phi Delta Theta pledge at Louisiana State University, died hours after participating in a mock quiz designed to get pledges disturbingly drunk — fast. Charges have been brought against 10 fraternity members — one with a negligent homicide charge.

Gruver participated in the facetiously named “Bible Study” quiztaking a snort of 190-proof alcohol each time he gave a wrong answer to questions about Phi Delta Theta’s history — a drinking game associated with prior fraternity deaths at several universities.

It is true that fraternities, bands and team sports provide a welcoming atmosphere for students who value the support and mentorship of older peers. They contribute to school spirit, provide student leaders and produce loyal, generous alumni. However, as I’ve often seen in the 40 years since publishing my first research on hazing in collegiate groupsthis bonding process can exact a price.

Data I’ve collected for my latest book, “Hazing: Destroying Young Lives,” demonstrate that since 1954, with the exclusion of the year 1958, there has been at least one hazing death per year in US colleges and secondary schools. Two deaths occurred prior to 1930 in elementary schools. The vast majority, however, have been in fraternities.

So why does hazing happen in the first place? And how can these unintentional homicides be prevented?

Hazing in the Past
Before Gruver’s death, the most recent incident to hit national news was the death of 19-year-old Timothy Piazza. Piazza died after a drunken fall from internal trauma during a pledging event sponsored by the Beta Theta Pi chapter of Penn State. Initially, 18 Beta Theta Pi brothers were charged for manslaughterbut charges against four were dropped by a judge in the case.

Soon after Piazza’s death, Penn State threw Beta Theta Pi off campus and boarded up its building. Among the university’s new rules, listed by President Eric J. Barron in an article in USA Today, trained professionals with graduate degrees will monitor house activities and pledging has been slashed to only six weeks. Penn State also transferred governance from student to university oversight.

Other recommendations to curtail hazing include banning single-sex fraternities, clear-cut and enforced university sanctions (including expulsions) and mandatory posting of hazing infractions online — a practice now employed by a handful of schools.

For its part, Louisiana State University is no stranger to the hard-drinking culture of fraternity hazers. In fact, it was exactly two decades ago that Sigma Alpha Epsilon pledge Ben Wynne died from alcohol poisoning in an initiation similar to Gruver’s. Now LSU is figuring out how to respond to this latest tragedy. The fraternity itself is shut down and the university’s president has convened a task force to study Greek life. Under the law in Louisiana, any student convicted of hazing must be expelled.

Why Does Hazing Occur?
Due to the secrecy of modern initiations, few scholars have published legitimate hazing surveys. The most commonly cited studies was conducted by education researchers at the University of Maine in 2011. In a survey of 11,482 undergraduate students from 53 colleges and universities, the researchers found that 55 percent of all students involved in collegiate groups witnessed or experienced hazing.

Moreover, the study indicated that only 5 percent of the hazings were reported to college or law enforcement authorities.

Anthropologist Aldo Cimino proposes an Evolutionary theory for the act of hazing. He explains that veteran members of a group often wish to ensure that initiates do not enter the organization with a free pass; the hazing rituals are a demonstration of worthiness through a series of challenges.

A second popular theory comes from sociologist Stephen Sweetwho explains the symbolic significance of hazing. At this crucial time in a young man’s life, he writes, hazing rituals and totems — such as pledge pins, paddles and even shared bottles of liquor — can all carry symbolic weight, linking pledges in their social interaction with each other.

My own theory is that fraternities exhibit cult-like behavior, sometimes with one or more “pledge educators” who restrict movements, isolate pledges from the campus community or even forbid them to speak or shower. I coined the term “Greekthink” — a play on Groupthink — to explain why hazers exhibit negligent and dangerous behaviors, act as if members and pledges were invincible, value group practices above individual human rights and deny when abuse occurs.

And in most cases, the hazing is a never-ending cycle of reciprocity; what was done to them, they now do unto others.

Often, defense lawyers try to convince the court that victims perform the tests willingly and, therefore, are as many participants as the hazers themselves.

Penn State student Piazza’s ordeal, uncharacteristically, was documented on video, showing that soon into the initiation, he seemed unable to make willing choices.

Until the late 1980s, courts tended to regard even deaths as unfortunate accidentsresulting in little or no jail time for perpetrators.

In the last 30 years, however, laws against hazing in 44 states have ruled that deaths and injuries should be regarded as crimes — not accidents.

A hazing death, for example, at Florida A&M in 2011 resulted in a 77-month sentence for hazing and manslaughter — although the conviction is under appeal in 2017. Louisiana is one of the states that has these laws on the books. It is, however, one of the weakest state hazing laws in the countryimposing in most instances a fine of only US $10 to $100 and a month or less of jail time.

What Can Stop Hazing?
Although these expulsions and convictions are intended as a deterrent as well as punishment, serious hazing cases such as Gruver’s death continue to plague universities.

Penn State is not the only one to introduce new initiatives. Harvard, for instance, is a consideration a ban on all fraternities. But many activists, including parents of Rider University’s Gary DeVercelli Jr.who died in 2007, are now looking to federal law to make a difference.

In June 2017, a bipartisan law was introduced to the House that requires colleges to report all instances of criminal hazing and to provide all students with an educational program on hazing.

Penn State is all for it. President Barron has publicly stated the university’s support for both the federal legislation and stricter state legislation.

What’s Next?
Following Gruver’s death, LSU President F. King Alexander said, “Maxwell Gruver’s family will mourn his loss for the rest of their lives, and several other students are now facing serious consequences — all due to a series of poor decisions.”

And, he continued, underscoring the “devastating” consequences of hazing, “We will reevaluate the policies and procedures that educate and govern our Greek community.”

Grief-stricken parents, like the Gruvers and the piazzasare not the only ones to hope that their family tragedies may serve as clarion calls for change.

In fact, I believe it is possible to bring change. Prior to the late 1920s, deaths due to hazing of college freshmen by sophomores surpassed deaths by fraternity hazing. A nationwide movement by students resulted in a near-end to these dangerous non-fraternity hazings. There has been only one single death since 1928.

Activists for groups such as HazingPrevention.orgmany of them fraternity members themselves, hope a similar paradigm shift can occur today.

And perhaps in 2018 we will be able to see the first year without a hazing death in the United States since 1961.