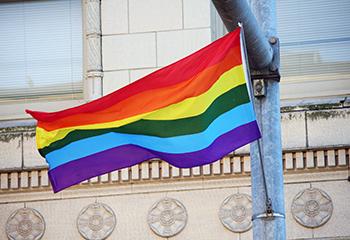 WASHINGTON – After years of criticism for not doing enough to ensure the diversity and inclusion of LGBTQ students on its campuses, presidents and leadership officials of historically Black colleges and universities (HBCUs) have convened a first-of-its-kind summit to develop strategic ways to turn their campuses into safe spaces for students who identify as LGBTQ.

The presidents and executives of 14 HBCUs met recently at the headquarters of the Human Rights Campaign, the nation’s largest LGBTQ organization. Working with the campaign’s HBCU Project, the participants hope that the summit will ultimately result in the stronger implementation of the mission of HBCUs in their support for both LGBBTQ students and faculty.

“We’ve got to figure out how are we going to make a deeper engagement in changing the culture on campus?” Dr. Walter Kimbrough, president of Dillard University in New Orleans, said at the meeting.

Kimbrough and other HBCU leaders discussed the changes that have already taken place on their campuses, and what they plan to do in the future.

Howard University will be joining forces with the National Black Justice Coalition, a civil rights organization that serves the LGBT community, on cultural training methods that can be tailored to the Howard community. “We’ll be starting this fall with a full training of all of our faculty and staff and students. That will be institutionalized and on-going, and it will be a part of our HR process,” says Kenneth Holmes, vice president of Student Affairs at Howard University.

“We’re committed to creating safe spaces for LGBTQ students,” says Dr. Makola Abdullah, president of Virginia State University. The university’s efforts are similar in that they will also consist of training opportunities for faculty and staff to help them understand how to make the campus more inclusive.

Developments include cultural training and workshops for faculty, staff and students on working with students; LGBTQ centers; and engaging through conversations, events, and activities for LGBTQ students. The leaders also said they were mindful of balancing the preservation of the history of HBCUs while also being progressive to match the present-day needs of minority communities.

Since their founding, HBCUs have led movements towards access to education and opportunities for personal growth for their students, which is even more important now that the rights and protections of transgender students have been rescinded under the Trump administration.

The timely gathering of HBCU leaders shows the importance and dire necessity of policy development so that student rights are protected in spite of recent government drawbacks. Strongly rooted in tradition, HBCUs have taken a significant step towards more diversity on their campuses with this summit.

It provided attendees with the opportunity to engage with experts in higher education, business, and government.

Dr. Robert Palmer, an associate professor of educational leadership and policy studies at Howard University, discussed the Campus Climate Survey, which was administered to faculty, staff, and students at Howard University in Washington, DC, as a great step towards inclusivity on campuses.

“Normally when we think about those types of surveys we think about them in the context of a predominately White institution doing those surveys to engage African Americans and other racial and ethnic minority students,” Palmer said. “I think for Howard to do something of that nature, in terms of the Campus Climate Survey, that was important. That was another indicator to make folks, particularly LGBTQ students feel included.”