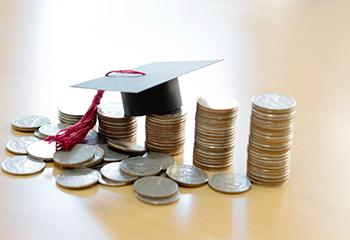 The recent presidential election and change in administration has raised many questions in regards to the future of fiscal policy. In this month’s interview, Brian Flahaven discusses his work as the senior director for advocacy for the Council for Advancement and Support of Education (CASE). He also shares his thoughts on how tax reform could affect charitable giving and how endowments function at institutions of higher education.

Andrew Hibel, HigherEdJobs: Briefly tell us about your professional path that led you to this position.

Brian Flahaven, Senior Director for Advocacy, Council for Advancement and Support of Education: I serve as the senior director for advocacy for the Council for Advancement and Support of Education (CASE), the professional association for advancement professionals at all levels who work in advancement services, alumni relations, communications, fundraising, and marketing. I direct CASE’s government relations activities and track federal and state legislative and regulatory issues of concern to CASE members. In addition, I oversee CASE’s public college and university foundation and awards programs.

Hibel: With tax reform on the agenda on Capitol Hill, how would the current plans affect giving to colleges and universities?

Flahaven: President Trump’s and the House Republicans’ tax reform plans call for lower individual tax rates and a doubling of the standard deduction — two proposals that would increase the cost of giving for most American taxpayers. Since a taxpayer’s charitable deduction rate is tied to his or her individual tax rate, rate cuts reduce the value of the charitable deduction to donors and would likely reduce giving to charitable organizations, including educational institutions. A doubling of the standard deduction threshold would significantly reduce the number of taxpayers who itemize their tax returns (from roughly 30 percent to five percent). Since taxpayers can only benefit from the charitable deduction by itemizing their returns, the overwhelming majority of taxpayers would no longer benefit from a charitable giving incentive. What would be the overall impact on giving? In a study of former House Ways and Means Committee chairman Dave Camp’s 2014 tax reform plan, the nonpartisan Urban-Brookings Tax Policy Center found that the lower tax rates and increased standard deduction in the plan accounted for nearly half of the projected $17-$34 billion. Decline in charitable giving.

Hibel: Are there other aspects of the Trump plan or House GOP blueprint that development officers should be concerned about?

Flahaven: All Republican tax reform plans being discussed would eliminate the estate tax. The current estate tax, which exempts the first $5.45 million of an individual’s estate and subjects the remainder to a 40 percent tax, encourages wealthy individuals to donate portions of their estate to charities, including colleges and universities. Eliminating the estate tax could reduce the number and size of bequest gifts given to educational institutions. There may also be other proposals that impact giving to colleges and universities that arise as lawmakers hash out the details of a final tax reform package.

Hibel: Some lawmakers have criticized colleges and universities with large endowments, arguing that these institutions should be doing more to bring down the cost of tuition. Are these criticisms valid?

Flahaven: No, for a couple of reasons. First, these arguments are based on a fundamental misunderstanding of the purpose of endowments. College and university endowments are collections of hundreds or thousands of individual funds managed and invested by institutions to serve current and future needs. Most endowed funds are restricted by donors for a particular purpose, such as scholarships at a particular school or for a faculty position. Endowments are not savings accounts or rainy day funds that institutions can draw upon directly to lower tuition or use as they please. Instead, endowments provide a steady and reliable long-term funding source in support of students, teaching, research, and other programs that would otherwise have to be paid for by tuition or state funding.

Second, institutions with large endowments are already providing significant student aid and financial support for low- and middle-income students. Low-income students admitted to most Ivy League schools pay no tuition at all, and many of these schools also cover the full tuition of many middle-class students.

Hibel: What are your thoughts on the wealthiest universities receiving significant gifts over less wealthy institutions?

Flahaven: There is nothing wrong with institutions seeking the resources they need to provide world-class education and experiences to their students today and well into the future. Some critics have said that significant gifts should go to other more “worthy” or more “needy” causes.

Yet, most major gifts are tied to a long and carefully built relationship where the donor’s vision and institution’s priorities overlap in areas in which they can, together, make a transformational impact. Donors are often motivated by gratitude combined with a passion for philanthropy and investing in education — whether they are $5 annual contributors or alumni with greater means.

We know that the impact, visibility, and scale of a significant gift has the ability to inspire further philanthropy to academia, including at many of the institutions that have more modest endowments or levels of private support. The success of the wealthier institutions does not impede the ability of other institutions to approach their alumni and potential supporters for similarly transformational gifts. In fact, it encourages it.