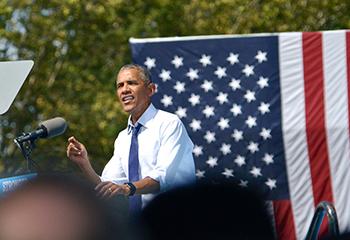 As President Obama’s tenure as president comes to a close, many are reflecting on the legacy he’ll leave behind. One policy area in which President Obama and his administration had a significant effect is higher education. His efforts to make higher education more affordable and increase quality and accountability are particularly likely to have lasting effect.

This increase in direct enrollment in college after high school was particularly noticeable among black and Latino students, whose college-going rates increased by 12 and 26 percent respectively.

President Obama combined his financial reforms with calls for greater accountability and higher quality in higher education. “What set the Obama Administration apart was how they expanded that federal role and stopped taking college quality and degree completion for granted,” explains Barry.

The Obama administration debuted the College Toolkit and College Scorecard, and emphasized the importance of transparency regarding graduation rates and job placement. The administration was particularly tough on for-profit schools. As a result, many for-profit vocational schools with low graduation and job placement rates closed. At for-profit schools remaining open, spending on instructional services has increased by 25 percent.

While previous presidents have made reforms that affected higher education policy, President Obama’s unique set of priorities set a precedent for more effective reform in the future. “Results matter—but in conjunction with continued financial investments,” summarizes Barry. “It’s easy for Democrats to call for just money and for Republicans to call for just reform. But where Obama broke the mold was combining resources and reform. That’s the best route to ensure continued improvement in our American higher education system.”