by Leo M. Lambert & Peter Felten, from The Conversation 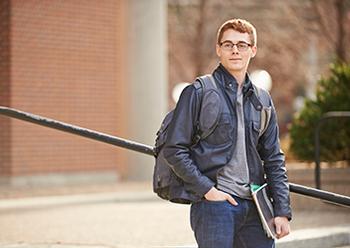 Over the next several weeks 18.4 million students will be headed to colleges and universities in the United States. They, their families and taxpayers are making a monumental investment in the futures of these students, believing, correctly, that an undergraduate education is foundational to success in a global and knowledge-based economy.

Many students arrive in college without a clear sense of purpose or direction. That is to be expected. A significant part of the undergraduate experience, after all, involves grappling with big questions about professional, personal and civic identity. Who am I? What do I want to do with my life? How can I contribute to my community and the world? The best students pursue these questions with vigor.

But many others come to college with too little appreciation for the vast opportunities before them, gloss over foundational curricular requirements as mere hurdles to be cleared, show far too little drive in developing a plan to make the most of their educations and focus too heavily on the party scene.

Analyzing data from a study of more than two dozen institutions, sociologists Richard Arum and Josipa Roksa conclude that many students “enter college with attitudes, norms, values, and behaviors that are often at odds with academic commitment.” And many universities reinforce these beliefs by building lavish amenities and marketing themselves as something akin to a resort with a curriculum.

An undergraduate education is simply too precious an opportunity to squander or to approach halfheartedly. And while college should ultimately prepare graduates to make a living, it can be – it must be – far more than that.

The good news is that there are simple yet powerful things students can do to ensure that they have a transformative undergraduate experience, no matter where they go to college.

In our bookThe Undergraduate Experience,” drawing on decades of work and scholarship in higher education and also interviews with leaders and students from many institutions, we identified what matters most for students.

Two factors are most important.

Take Responsibility for Learning
Too often students (and others) think learning is a simple process of taking knowledge from the professor during class and then returning it, unharmed, on the test.

When sociologist Mary Grigsby interviewed scores of undergraduates at a large midwestern university, many students echoed the words of one who told her:

“I hate classes with a lot of reading that is tested on. Any class where a teacher is just gonna give us notes and a worksheet or something like that is better. Something that I can study and just learn from in five [minutes] I’ll usually do pretty good in that.”

Real learning – that is, learning that makes a significant and lasting change in what a person knows or can do – emerges from what the student, not the professor, does. Of course, professors are critical actors in the process, but students are the ones doing the learning.

To take responsibility for their own learning, students need to move past what psychologist David Perkins has called possessive and performative understandings of knowledge, where learning is about acquiring new facts or demonstrating expertise in classroom settings.

Instead, meaningful learning emerges from a proactive conception of knowledge, where the student’s goal is to experiment with new and unexpected ways of using what he or she is learning in different settings. This requires students to see themselves as the central actors in the drama of learning.

Whether students choose to take the stage or sit in the balcony matters immensely.

When students jump into learning, challenging themselves to stretch and grow, college is most powerful.

Reflections from an Ohio University engineering student show what this looks like:

“[My goal for my senior] year was to try to do things that maybe I’m not good at already so that I can learn to do these things. I will have to do this once I have a job so avoiding projects that are uncomfortable for me now won’t help me NOT avoid them when I’m a part of the work force.”

Develop Meaningful Relationships
The relationships students form in college also have a profound influence on their experiences, shaping not only who they spend time with but how they will spend their time.

When scholars Asked graduates at Hamilton College to think back on their undergraduate years, these alumni pointed to specific individuals (often professors, coaches or classmates) who shaped their paths.

Students typically think first about relationships with peers. These are essential, of course. Finding friends and cohort groups can be reassuring, but scholars have found that students who interact frequently with peers who are different in significant ways (racially, ethnically, religiously, socioeconomically and so on) show more intellectual and social growth in college than those who don’t.

Again, as with learning, students need to move beyond the familiar to find meaning.

And peer relationships are not only about fun. Decades of research have demonstrated that students who study together learn more and more deeply. As the mathematician Uri Treisman reported in a classic study of undergraduate calculus courses that has been replicated in other disciplinesstudents from many different backgrounds are more academically successful when they

“Work with their peers to create for themselves a community based on shared intellectual interests and common professional aims.”

A large 2014 survey by Gallup and Purdue University revealed that college graduates who believed they had a professor who (1) cared about them as individuals, (2) made them excited about learning and (3) encouraged them to pursue their dreams reported being far happier and more successful than their peers years later Graduation.

A recent graduate of the University of North Carolina at Charlotte’s Levine Scholars Programa prestigious scholarship for academically talented students interested in civic engagement, told us how the mentoring of sociologist Diane Zablotsky transformed her view of herself:

“I arrived at UNC-C shy and uncertain. But Dr. Zablotsky taught me how to go and get what I wanted. She made me do all the work, but coached along the way and helped me develop great confidence in myself.”

What Matters for All Students
Critically, what we’re describing here doesn’t apply only to privileged, 18-22-year-olds at elite institutions.

In fact, Ashley Finley and Tia Brown McNairscholars at the Association of American Colleges and Universities, have shown that high-impact educational experiences like internships, undergraduate research, capstone courses and study abroad have particularly positive outcomes for students who have traditionally been underserved in American higher education.

A study at the University of California, Davis reinforces this finding by demonstrating that engaging in mentored undergraduate research beyond the typical requirements for biology courses is particularly significant in preparing African-American undergraduates to successfully pursue graduate studies and careers in the sciences.

Results from the National Survey of Student Engagement (NSSE) also show that institutional prestige and financial resources do not determine the quality of student opportunities:

“Institutions with lower selectivity profiles can and often do offer experiences with faculty that are at least comparable to those at more selective institutions.”

As the NSSE director notes: “Doing those things may not cost any more than not doing them.”

Powerful education, in other words, is available to all students at all institutions, if they intentionally choose experiences that are challenging and relationship-rich.

Acting on What Matters Most
Douglas Spencer, a 2016 Elon University graduate and now young alumnus trustee, captured what’s at stake in recent remarks to fellow students.

Doug described coming to campus without a strong sense of who he was as a black man or of what he might do with his life. Then, challenged by friends and professors to think more deeply about his own identity, “I unlocked some sort of hidden energy I did not know I possessed.” He began to read not just for class, but (even more) in his free time. Inspired by this reading and his other studies, and echoing WEB Du Bois,

“It became clear to me that the only way I would find real success was if I learned to thrive in times of uncertainty.”

Colleges and universities play an outsized role in shaping the lives of individual students like Doug.

Indeed, we, as educators, cannot recall a time when it mattered more for higher education to cultivate students capable of acting entrepreneurially, ethically, cooperatively and creatively to address complex problems in local, national and global contexts.

That starts with students beginning the academic year ready to act on what matters most for their own learning.