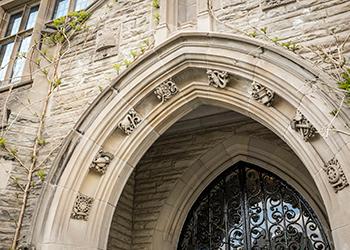 For many, a tenure-track position is the holy grail of academic appointments. For others, mainly those outside of academia, tenure has become the bogeyman, the word that keeps unqualified and under-performing professors teaching in unpopular fields. But where did this idea of ​​tenure for professors come from, how has it changed, and what does it actually mean in today’s higher education landscape?

Although some people cite medieval academics as the first to have tenure, the concept is primarily a 20th century invention. In 1915 the American Association of University Professors (AAUP), then a new organization, published a Declaration of Principles, asserting that the “security of tenure” was necessary for professors. The document did not provide a lot of detail about what that security entailed.

According to Hans-Joerg Tiede, author of the new book University Reform: The Founding of the American Association of University Professors and associate secretary for the Department of Academic Freedom, Tenure, and Governance at AAUP, the need for tenure became apparent based on several cases in the 1890s and early 1900s. The 1890s were a time of economic and social turmoil and also a time of great growth in terms of the numbers of universities and the development of the social sciences. Then, as now, these forces often found themselves in conflict and professors found themselves in danger of losing positions over unpopular positions.

In 1901, sociologist Edward Ross of Stanford University gave an anti-Asian immigration speech filled with both economic and racist reasoning. Ross was also a fierce opponent of railroad deals. Jane Stanford, co-founder of the university and the wife of railroad magnate Leland Stanford, demanded his firing. Ross eventually quit the university.

In 1915, economist Scott Nearing, a passionate and outspoken critic of child labor, came into conflict with the board of the University of Pennsylvania. Nearing championed a form of economic republicanism based on “four basic democratic concepts-equality of opportunity, civic obligation, popular government, and human rights.” The university’s board was comprised primarily of bankers and others in the financial industry who objected to these principles and demanded Nearing’s dismissal.

It’s important to note that much like a professor extemporizing on Twitter today, Ross and Nearing were criticized not only for the content of their beliefs, but also for sharing those beliefs in non-academic, public settings.

Although the AAUP was founded for broader reasons than just securing academic freedom and tenure rights, these two cases helped solidify the need for tenure. In 1925, the AAUP participated with other higher education organizations in the drafting of the Conference Statement on Academic Freedom and Tenure. This was the first jointly formulated statement to enumerate the principles of academic freedom. Unfortunately, the great depression was just around the corner.

New graduates and new professors had trouble finding employment. Untenured professors, many with years of experience, were let go throughout the 1930s. One issue many professors faced was that although they may have been full-time employees of a university for over ten years, only full professors were granted tenure and thus, more economic security. In 1940, the AAUP created a new Statement of Principles. The new statement specified two goals for tenure: academic freedom and economic security. According to the statement, every full time professor should have tenure after seven years. Harvard and Yale were both instrumental in developing a position that professors either need to be granted tenure or should be released to find employment elsewhere.

The Statement of Principles has remained the AAUP’s final word on tenure with Interpretative Comments attached in 1970 and various reports on different aspects of tenure released throughout the decades. Although the principles of tenure have remained basically unchanged, a major difference between tenure in 1940 and tenure today is the amount of work necessary to gain tenure. In 1959, a study of 80 universities showed that 24 of the 80 granted tenure automatically after a certain amount of time with no publications, research, or committee work required. Today, even small teaching colleges often have rigorous publication or research qualifications for granting tenure.

Many people see the current economic turmoil that higher education faces as a threat to tenure. When a department is disbanded or an institution faces financial hardship, tenured professors can and do lose their positions. Although it appears to be a fairly new threat, this was also the case in the 1970s and 1980s, as well as the 1930s.

Hans-Joerg Tiede sees the biggest threat to tenure being the explosion of non-tenure track and part-time positions at universities. In 1975, 57 percent of teaching faculty had tenure. By 2009 only 30 percent of faculty had tenure. The AAUP strongly believes that all academics, not just those with tenure or those who do research, require academic freedom.

The story of tenure in America begins in the 1890s, a time of change in higher education, economic recessions, and social turmoil. More than 100 years later, we find ourselves in times that are both very similar and very different. Will tenure evolve into something new or will the cyclical changes continue as they have?