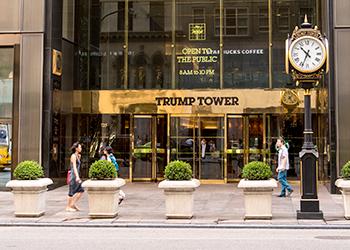 Documents released in a federal lawsuit against Trump University have put presumptive Republican presidential candidate Donald Trump on the defensive. Democratic candidate is Hillary Clinton now highlighting the fraud that is at the center of the case.

In the process, many commentators are identifying the Trump University business model as further indication of the fraudulent activity seen to be endemic to all for-profit higher education institutions.

In fact, the Trump University case has little to do with the current challenges faced by for-profit higher education in the US.

For-profits educated students who were not interested in earning a degree and focused on fields that mainstream institutions were ignoring, such as stenography and bookkeeping.

That separate status changed after the Higher Education Act was reauthorized in 1972. Students attending for-profit institutions could be treated just like students at other institutions. They could now get grants and subsidized loans to pay for their tuition.

But, like other institutions that wanted access to this federal money, the for-profits had to agree to state, federal and accreditor oversight.

Accessing Aid
Over the last half-century, more and more for-profits have participated in the federal aid programs. They were attracted to the program, even with the additional oversight, because they could enroll more students and make more money.

There are currently about 3,400 federally funded for-profit colleges and universities in the US, according to official statistics. This is compared to about 2,000 public institutions and 1,800 nonprofits. All of them need to meet the standards of their accreditors, the states they operate in and the US Department of Education.

That students can get grants and take out loans distinguishes for-profit higher education from other businesses – like Trump University – that may claim to educate students. This aid is supposed to serve the public purpose of higher education as being vital to the nation’s well-being and not simply facilitate the pursuit of private profit.

Student aid is also what provides the focus for regulating higher education. There are specific requirements called “program integrity” rules that these institutions must follow in order to justify their receipt of student aid. The rules involve how institutions advertise their programs, recruit students and prepare graduates for employment. It is these rules that are causing difficulty for many for-profit institutions.

What’s Going Wrong
For example, one of the rules involves what is known as ” incentive compensation“for student recruiters. For-profits are not allowed to pay employees based on how many students they managed to enroll at the institution or how much financial aid they were successful in getting for students.

In 2002, the Bush administration modified this rule. This came about after a former lobbyist for the Apollo Group, which owns the University of Phoenix, a for-profit institution, was put in charge of higher education policy. The changed rule specified 12 “safe harbors” that would not be considered violations. These exemptions allowed for raises to be given to recruiters and other staff as long as there were some justification for pay other than enrollment increases.

For-profits took advantage of these loopholes to aggressively recruit students. Enrollment increased by 150 percent over the next seven years.

Subsequently, in response to reports of abuse, in 2011, Obama’s Department of Education closed the loopholes. Following this policy change, enrollment at for profits declined by at least 20 percent.

Dependence on Financial Aid
It is important to note that for-profit higher education is dependent on federal dollars to survive. For-profits are not directly subsidized by states like public institutions. And they don’t discount their tuition like nonprofit institutions. Instead they ask students to pay the full cost.

But oddly, money from veterans’ programs is not included in this calculation. Since these programs are funded from the Department of Defense rather than the Department of Education, they were not part of the Higher Education Act rules. If all government funding was included, Many more institutions would cross the 90 percent threshold.

Changing this loophole is on the congressional agenda. But it is being vigorously opposed by the for-profit lobbyists.

The current for-profit reliance on federal money means that the federal government is the primary customer of for-profit higher education. And the one who pays sets the rules.

Fraud Accusations
To be clear, none of these are issues that suggest for-profits are fraudulent institutions. They are mainly about how for-profit institutions recruit students and whether the jobs students get with a for-profit degree are worth the expense. There are other criticisms connected to their eligibility for federal aid programs.

However, accusations of fraud have dogged for-profit higher education. The biggest case was the collapse and bankruptcy of Corinthian Colleges. Corinthian had over 100,000 students at its peak, with almost 100 campuses across the country.

But the federal government Restricted access to student aid in 2014 out of concern that Corinthian was mishandling funds. Later proof of false advertising resulted in a billion-dollar judgment against the company.

Because of this, former Corinthian students are now eligible for debt relief for the loans they took out to attend.

Why Trump U is Different
Coming back to the initial question, here’s what’s different about Trump University: To begin with, Trump University is not an accredited institution. In fact, New York authorities insist it was breaking the law by calling itself a university.

Without approval from the state or oversight from accreditation agencies, students at Trump University could not get federally backed grants and loans. And because it wasn’t part of the federal aid program, none of the program integrity rules applied.

With no federal money at risk, Trump University is simply a case of what New York Attorney General Eric Schneiderman called ” straight-up fraudThe case is being brought under laws that apply to any business.

Essentially the institution is accused of running a scam where free classes were used to lure in customers for expensive seminars that promised to reveal Trump’s secret of real estate investing. In reality, there were no secrets, only high-pressure sales tactics used to sell expensive seminars.

Most for-profit colleges and universities, however, are not accused of fraud. They are in the cross-hairs primarily because they rely on government money to survive. And for-profits could eliminate much of the scrutiny if they dropped out of the federal aid programs.

Trump University doesn’t have that option. Even if Trump dropped out of the campaign for president, the problem with his university would remain.