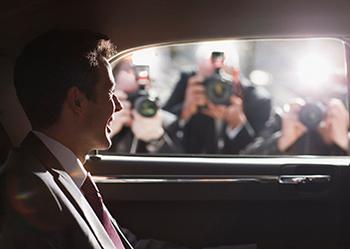 Once upon a time in days of yore, one could be a mild-mannered dean or vice president seeking a position as a provost or president. Nowadays, everyone knows when you are a candidate for that coveted position. In higher education, it is not uncommon for a press release to announce finalists for senior executive positions. With the advent of news feed services or a simple Google Alert, anyone with an Internet connection will know in a matter of minutes that you are looking for a new job on a campus far, far away. The Internet has turned a once personal and private affair – one’s job search – into a public spectacle. Here are a few ways that the job hunt has been forever changed. These ideas should be incorporated into the calculus about when and how you conduct your next employment search.

In addition to press releases and stories run in local media outlets, candidate resumes are usually distributed across campus for community consumption in advance of an interview. This magnifies errors, inaccuracies, exaggerations, and falsehoods. The media is swathed with senior officials who did not finish their degrees, who borrowed too liberally from other sources without proper citation in their dissertation, who took politically incorrect stances on controversial topics, and a variety of other actual or perceived misdeeds. Little white lies or honest mistakes are now unforgiven blunders and permanent blemishes on one’s reputation, character, and credibility. Anyone who has ever had an enemy or critic should be weary of the trolls who will take painstaking effort to find the needles in the haystack and make mountains out of molehills.

In ancient history-before the Internet-it required considerable effort to find and critique someone’s scholarship, learn about their past, or verify their employment history. Now, with a few clicks, one’s social media presence, past speeches, publication record, speaking engagements, and newsworthiness are all displayed for the world to see. Unfortunately, any spots on one’s career record are also on display. Everyone knows that executive jobs are tough and not all of them work out. The infamous line that someone “is resigning to spend more time with family” is pervasive. Executive departures are widely reported. Separation agreements are routinely reported in the media, although specific details are not disclosed.

While the average vice president is unlikely to be dogged by celebrity paparazzi, the Web has created a trail of cyber breadcrumbs that will seemingly be available into perpetuity. A simple YouTube search for the words “search committee” reveals some interesting and entertaining information. In addition to some hilarious mockery of the search process courtesy of “The Office,” various presidential search committee meetings and recorded interviews can be found.

Only history will tell how these videos will be used by future employers and search committees. My guess is that in total, they will be used to the disadvantage of candidates. See one of my earlier posts that indicated that in the selection process, ‘ everything you say and do will be used against you.’ Could a recorded interview for a position three years ago be proxy for a planned interview this year? Would a committee pass up the opportunity to interview someone today because they did not like the responses given in another job interview? One can only imagine the impressions that can be created by one’s online profile and presence. While past information, such as one’s scholarship, speeches, or media interviews, has generally been available, the Internet has accelerated the gathering and use of this information.

In addition to the requisite reference and background checks, search committees are increasingly incorporating a “public records” check. This is often done informally, by search committee members who come to meetings armed with information, as well as formally, when designated committee members or HR staff are tasked with collecting candidate information. In the early stages of this phenomenon, very few institutions have policies governing how this information is used. My advice is that it should be used like any other background check information-whether positive or negative-as long as it is done consistently and in accordance with established protocols.

Not only might a search committee use publicly available information, the folks back home now know that you are a candidate for the presidency of ABC University. Does this make you a lame duck when everyone assumes that you are planning to leave soon, whether you get this particular job or not? If you apply for but are unsuccessful at landing a coveted presidency more than twice, does that harm your reputation on campus?

There are four cautions that executive candidates should heed to help manage their careers in this age of Internet-created celebrity. First, one should assume that many of their activities will become public – so get used to having a public profile. Second, every professional, especially executives, should carefully curate social media to control that which is within one’s control. Third, attempt to manage one’s public profile. Ask potential employers how they will use and share your application materials. Ask that when necessary, materials are placed on the institution’s intranet, instead of the Internet; and ask that they be removed once the search is over. Finally, periodically Google or search oneself on the Internet to know what is out there. At least then you will be able to offer perspective about any information found, whether good, bad, or indifferent. Like public figures, vice presidents, provosts, and presidents must get used to the reality that their careers will be closely monitored. The concept of “the new normal” applies here in good measure. Job applications and career prospects are on the line every day in ways that could not have been imagined 25 years ago.