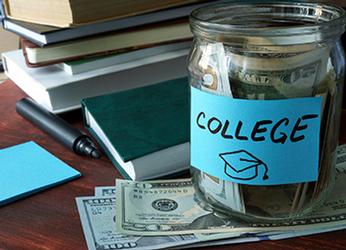 Editor’s note: This article is part of The Conversation’s collaboration with Point Taken, a new program from WGBH that will air on Tuesday, April 26 on PBS and online at pbs.org. The show features fact-based debate on major issues of the day, without the shouting.

Presidential candidates from both parties have advanced proposals about how higher education should be funded. Democratic presidential candidates have called for debt-free or tuition-free college. Hillary Clinton and Bernie Sanders both have plans for reducing tuition through increased public spending.

The way higher education is funded has become a topic of public interest. Data compiled by the College Board’s annual report, “Trends in College Pricing,” shows why [link removed: no longer active].

Between 2005 and 2015, middle-income families saw their wages decline by two percent, while average in-state net tuition and fees (the amount students actually pay) rose by 73 percent at public four-year colleges.

Research also shows that declines in state support have been the most important factor driving up tuition at public colleges.

According to “Trends in College Pricing,” states spent US$9.74 on higher education per $1,000 in personal income in 1990. But by 2015, this figure dropped to just $5.55. As a result, the burden of covering the cost of college has shifted from taxpayers to individual students.

So, who should pay for college?

Why College Is Worth It
Today most people believe that going to college is important because it is the pathway to securing a good job and higher personal income. Results from a study conducted by the Higher Education Research Institute at UCLA shows that 70 percent of college freshman believe earning a college degree is “very important” in order “to be able to make more money.”

This view is supported by analysis by the Georgetown University on Education and the Workforce. Indeed, individuals with a college degree can expect an additional $2.5 million in earnings over a lifetime.

However, a recent study published in the Journal of Educational Finance by the economist Walter W. McMahon suggests there may be larger than expected public benefits from higher education.

The effects of higher education are not just on better paying jobs but are also on many outcomes beyond earnings from better healthcare and child development to political stability and lower criminal justice costs.

Results of McMahon’s analysis show public investment in higher education can improve states’ bottom line by boosting tax receipts and reducing welfare and law enforcement expenditures. Given these findings, he argues that state legislators should understand higher education as a “public good” worthy of taxpayer support.

Return on Investment
McMahon’s argument is based on his analysis of data from Illinois. He finds that Illinois sees a return of 15.3 percent and 13.4 percent, respectively, on its investments in community colleges and public universities.

Individuals with a college education earn higher salaries. They are also healthier and less likely to claim welfare benefits and to commit crimes. Because these benefits increase tax revenue and lower public expenditures, public higher education spending can be a long-term boon to states budgets.

So, should states invest more in higher education?

One way to evaluate the sufficiency of public investment in higher education is to consider how the United States stacks up internationally.

Data compiled by the Organization for Cooperation and Development (OECD), a policy think tank representing highly industrialized countries, shows that families in the US support a hefty share of higher education costs while the public enjoys a substantial return on their investment.