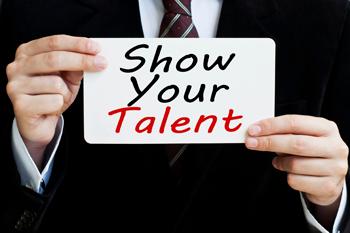 It is articulated in many different ways, but the same question is asked in almost every job interview: How will you help make our organization more successful? And though it too is expressed differently, the answer is almost always the same: I’ll work really hard to do my job really well. It’s an appropriate response, but also an incomplete one that sells job seekers short.

Johnson O’Connor is widely recognized as the founding father of the study and measurement of aptitude. The Google dictionary defines aptitude as “a natural ability to do something.” I think a better term is “talent” and a better definition is “the capacity for excellence.”

As O’Connor discovered, talent is an attribute of the human species. Like our opposable thumb, it is one of the characteristics that defines being human. We are all endowed with the capacity for excellence, yet sadly, many of us never recognize or nurture that gift.

There are at least two reasons for this cultural myopia.

Showcase What Makes You Different

The Human Genome Project discovered that, while physical appearance makes every single one of us seem unique, we are at our most basic physiological level just 3 percent different. In other words, very small distinctions ultimately have a huge impact on the way we are perceived by others. That’s especially true in the job market.

Typically, recruiters interview five or more candidates for an opening, and as they typically do, when they ask each of those candidates to describe how they will contribute to the employer’s mission, they invariably get five or more variations on the exact same theme. Despite the earnest efforts of each individual, the recruiter’s perception is that they are virtually indistinguishable from one another, at least in terms of how they will perform their role.

It’s that reality which makes talent your most important differentiator in an interview. When you’re next asked how you will contribute to an employer’s mission, begin by describing how you will apply your skills and knowledge on-the-job. Then, go on to detail how your inherent capacity for excellence will enable you to leverage that expertise to do more for the employer in more work situations.

For example, you might explain that your ability to organize and lead teams will enable you to take on assignments with special projects or ad hoc study groups. Similarly, your ability to communicate complex ideas so they can be generally understood could be valuable to an organization when it introduces new workplace technology or processes.

This showcasing of your talent during an interview will set you apart in the recruiter’s eyes first by the expanded view they’ll get of your potential contribution and second by the extraordinary self-awareness you’ve demonstrated in recognizing and engaging your talent.

Peter
Visit me at Weddles.com


Peter Weddle is the author of over two dozen employment-related books, including A Multitude of Hope: A Novel About Rediscovering the American Dream, The Career Fitness Workbook: How to Find, Win & Hang Onto the Job of Your Dreams, The Career Activist Republic, The Success Matrix: Wisdom from the Web on How to Get Hired & Not Be Fired, and WEDDLE’s Guide to Employment Sites on the Internet. Get them at Amazon.com and at the all new Weddles.com today.