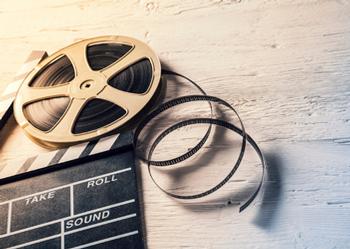 Even though Hollywood often exaggerates traits of higher education professionals, there’s a lot to learn from professors in movies.

Here are eight career lessons from the professors of the silver screen.

The villainous professor trope was cemented in this 1973 film by Kingsfield, an intimidator hell-bent on exposing his students’ weaknesses. However, more can be learned by the director’s shot selections. Early scenes use tight camera angles and a heightened set to distance Kingsfield from his pupils, but as the film progresses the protagonist, law student James Hart, is increasingly – and poetically – viewed in the frame with his surly instructor.

Lesson: When framing the story of your career, always keep students in the foreground. You are more likeable and effective as the Best Supporting Actor, which is the Academy Award that Jeff Houseman won for his portrayal of Kingsfield.

Indiana Jones is a hero for aspiring professors – saving the world when he’s not molding young minds. Fighting Nazis during your sabbatical may not be on your career trajectory, but we all have Holy-Grail jobs we’d rather be pursuing than grading a stack of term papers.

Lesson: Don’t covet jobs as prizes and instead enjoy the adventure of navigating your career, even if you have to evade a tumbling boulder or escape a snake pit.

Career strategy doesn’t have to get so technical that you are like Nash, writing equations on windows. However, when it comes to hiring outcomes and your strategy as a candidate, keep in mind the Nash Equilibrium, a way of thinking about strategies.

Lesson: Expand your mind while focusing on the job you want by considering the choices of all parties: other candidates and the hiring managers. Your desires matter, but what the institution values ​​and how other applicants will position themselves must be taken into consideration to achieve your best outcome.

The tweed-clad contrarian who smokes a pipe is a pretty old stereotype. However, the lone educator in Higher Learning provides a lesson for his students and, perhaps, a rejected job applicant, victimized by circumstance.

Lesson: “In the real world, no one wants to hear excuses or empty rhetoric,” Phipps said. “They want to know if you have a plan.”

Not everyone’s plan is the same. Holding up a Vincent van Gogh paint-by-numbers kit for her art history class, Watson recognizes the irony of reproducing the art of a man who refused to be put in a box, conforming his ideals to popular taste and compromising his integrity. Later, Watson’s own intentions of nonconformity are questioned by a fellow professor and love interest: “You didn’t come to Wellesley to help people find their way,” said Bill Dunbar. “You came to Wellesley to help people find their way.”

Lesson: There are no paint-by-number career paths. While every higher education professional may believe his or her way is the right way, your brush strokes should represent your unique feelings.

What Klump saw in the mirror made him experiment with a weight-loss drug he developed. He instantly went from morbidly obese to the trim and stylish “Buddy Love,” his alter ego. Emerging professionals worry about appearances and change personas just as quickly to advance their careers. Much like actor Eddie Murphy, who played seven characters in the film, we could all play several roles with how we present ourselves online and to potential employers.

Lesson: Be consistent and true to who you are and you won’t sacrifice self-satisfaction for a job. Your true persona will eventually be revealed, much like Buddy Love morphing back to Sherman Klump at a banquet.

In his therapy sessions with self-taught wunderkind Will Hunting, Maguire chided Hunting for his reluctance to pursue a possible soul mate for fear of revealing each other’s imperfections. “You’ll never have the kind of relationship in a world where you’re afraid to take the first step because all you see is every negative thing 10 miles down the road,” Maguire said.

Lesson: Job seekers are going to find problems at every institution. “People call those imperfections,” Maguire would say, “but no, that’s the good stuff.” Be a candidate who will solve those problems.

Despite her rapid career ascension, working in the Department of Magical Law Enforcement at the Ministry of Magic before returning to Hogwarts School of Witchcraft and Wizardry where she became Transfiguration Department Head, Deputy Headmistress, and Headmistress, McGonagall didn’t just wave her magic wand. for career growth.

Lesson: Transfiguration is “very hard work,” especially compared to Charms, which affords a much larger margin for personal creativity. The power of magic is not going to transform your career; you have to keep working towards your dream job. Although, of course you could magically find that job on HigherEdJobs.

Which career lesson or movie professor did we miss? Add yours to the comments section below.