by Jason Lane, University at Albany, State University of New York, from The Conversation 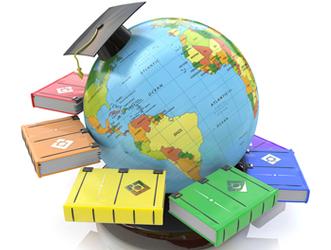 Students have come back to college. But not all to the United States.

Yet, a growing number of US students are now looking overseas for their college degree. Germany alone, with its essentially free higher education system, is drawing a fair number of prospective US college students. Some 4,660 US students were enrolled in German universities last year – a number that has increased by 20% in three years.

There is no central source that tracks the total number of US students enrolled in foreign institutions.

There is also no international repository of enrollment trends worldwide. In the US, the federal government tracks enrollments in domestic higher education institutions. In addition, the Institute of International Education (IIE)’s Annual Open Doors report gathers data about American students at US colleges studying abroad for academic credit.

In fact, there were about 290,000 students studying abroad for academic credit, but not a full degree, in the 2012 academic year, more than double the number who studied abroad 15 years earlier. However, these numbers do not include students pursuing a full degree from an overseas institution, as they are not tracked by the US government.

But based on national data sets, IIE’s Project Atlas has put together a patchwork picture about students pursuing college degrees elsewhere.

According to a Project Atlas report (the most recent aggregated data on this issue), there were more than 43,000 US students enrolled in degree programs in foreign countries in 2010 (this is in addition to the number of students studying abroad not for a degree). However, it should be noted that Project Atlas, has data only from the IIE’s 13 partnering nations. So these data may actually underestimate the number of students enrolled in such programs.

Even so, based on these data, we can confidently say that the United Kingdom was the leading destination for US students. Most US students (72%) in this data set head to Anglophone countries. Master’s degree programs are the most popular option (followed by undergraduate programs and then doctoral).

Recent reports, such as those about Germany, suggest that the number of students pursuing a degree outside of their home country, including students moving outside of the US, is growing rapidly. But, in order to gather information about US citizens who pursue degrees elsewhere, that information must be gathered from those nations.

The fact is that today, there is a large market for students in higher education.

In 2000, according to UNESCO’s Education at a Glance, there were only 2.1 million students studying abroad in both short-term and full-degree programs. Today, there are roughly 4.5 million.

And, the competition for those students has become quite fierce. Today, countries like China, South Korea, Mexico, Russia, Taiwan, Thailand, Argentina, Brazil and Chile, who once primarily sent students abroad, have enacted policies and strategies to actively recruit international students.

In fact, according to our research, places like Singapore, Malaysia and the United Arab Emirates want to become regional educational hubs – serving students from their neighboring countries.

With this increase, the market for international students has also become quite volatile in the last decade. Many of the earlier entrants to this market are losing share.

For instance, even though the total number of international students studying in the US continues to grow, the US market share has dropped from 23% in 2000 to 16% in 2012. Countries such as Germany, France, South Africa and Belgium have also lost about 5% market share collectively, with Germany and France having the largest remaining share of the group at about 6% each.

In such a market, some countries are taking advantage of their language of instruction which can offer a competitive advantage, while others are offering low-cost or even free tuition.

So, nations whose language of instruction is widely spoken elsewhere, such as English, French and Spanish, are becoming leading receivers of international students.

Some countries, such as Austria, France, Germany and Norway, are providing de facto free education for all students, including those from foreign countries.

This low cost of education can help countries attract students already looking to go abroad as well as elicit attention from students looking for alternatives to the high costs of higher education in their own countries.

The German government, for instance, has a goal of attracting 350,000 international students by 2020. To do so, Germany is actively recruiting students and lowering barriers to entry.

Today, an increasing number of degree programs offered in Germany are in English and searchable through a national database. They have even amended their laws to make it easier for international students to work while going to school. The German academic exchange service, DAADalso provides scholarships to offset the cost of other academic and living expenses.

Attracting international students, then, is not just about bringing in tuition dollars. Countries offering free or reduced tuition are often seeking to rebuild national workforce as their domestic population ages and younger talent pools shrink.

So, Canada, Germany, the Netherlands and Sweden are now developing study-to-work pathways and “train and retain policies” to encourage international students to transition into the workplace.

Some of these efforts are paying off. Students are not only choosing to study abroad; many are also staying abroad after they graduate.

The increasing number of students pursuing their college years in a foreign country is symptomatic of two important trends.

First, it reflects a rapidly changing world economy, where it is not only the workforce opportunities that are global, but also the educational experiences that prepare students for those opportunities.

As a result, more and more students from both developed and developing countries are looking beyond their national borders for their collegiate experience.

Second, as economies become more knowledge-based, the competition for brains is heating up.

The US has long dominated this market. But as more nations have seen international students as part of their strategic interests, the US market has begun to shrink significantly.

Without a similar strategic national interest, will the US’ dominance fall all together?